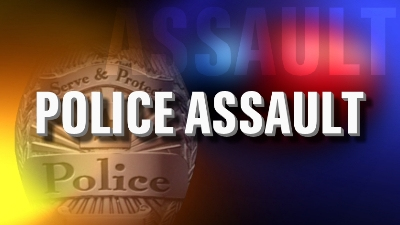 People deserve second chances but they should have to earn them.

Zachary Bradford hasn’t earned his second chance but he’s back on duty as a Yukon, Oklahoma police officer even though he plead guilty to attacking a woman as she sat in her car outside of a party. An incident that seems to stem from Bradford’s excessive use of alcohol. According to KFOR.com:

A Yukon police officer convicted of assaulting a woman is back on the job.

Zachary Bradford was suspended with pay when the incident happened back in November of last year.

His first day back with the Yukon Police Department was Saturday.

Bradford has been on suspension since the night he was arrested for dragging a woman out of a car by her hair.

According to police reports, the woman said she had been sitting in a car in the driveway during a party when Bradford came out of the house and knocked on her window.

The woman said she opened the car door and was grabbed by the hair and dragged onto the concrete driveway.

The man who hosted the party didn’t stepped in to help.

“She was bleeding from her neck,” he said. “She was crying and shaking.”

The woman told police she had never met Bradford before that night and didn’t know why he attacked her.

Bradford  left the scene on foot.

He was found shirtless a short time later and arrested.

According to a statement from the city of Yukon:

He pleaded guilty to a misdemeanor charge of assault and battery and was given a one-year deferred sentence.

As a part of his plea agreement, he has to attend AA meetings, see a counselor and complete community service.

Again, I believe people should get second chances but can you call sitting around your house since November, while still getting paid, taking a sweet plea deal and getting your job back as the usual routes one has to take to earn a second chance? It would be one thing if Bradford made right with his victim and addressed his drinking (to whatever degree) before the plea deal.

Yet, not even his department will say that the issues [with drinking] have been addressed or what discipline was taken. They’re backing their drunk, heavy handed colleague by ‘refraining from providing additional details” that would make the public feel better about the man tasked with ‘keeping them safe’ as a profession.

Furthermore, this is what happens when the government has a monopoly on a service. From a purely businesses standpoint Bradford is a liability. If he were employed by the private sector he would most certainly face termination until he could prove his liability was reduced. Maybe completing AA, anger management and other programs would be a good start. Spending some time behind a desk and then with a supervisor would be warranted before returning to ‘protecting others’ without supervision. That seems like the logical path to a ‘second chance’, unless of course you’re the ‘city of Yukon’, who refrains from providing the details in which they provide second chances.