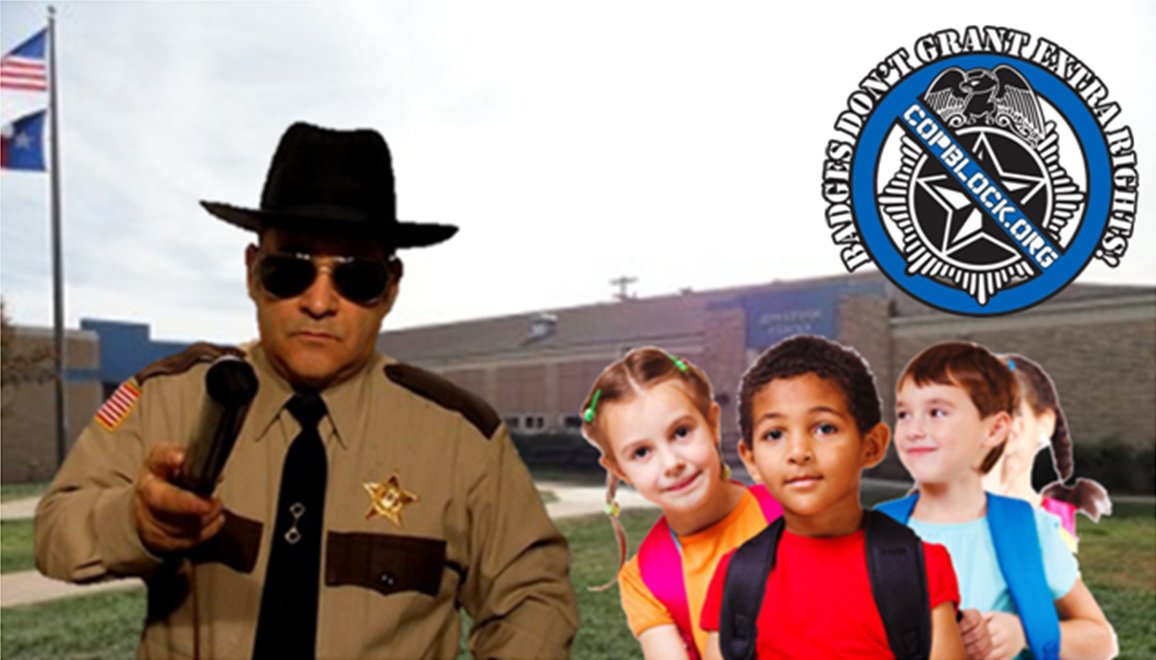 Parents of three Abilene Independent School District children in Texas are accusing a resource officer of “egregious use of force” on three separate occasions at Jefferson Center alternative school.

In a lawsuit filed last week against Abilene police officer Barry Bond, the city of Abilene, and the Abilene ISD, parents assert that Bond was not properly trained for his role dealing with children as a school cop – and was not disciplined by the department or district for his behavior.

The first incident involved a 6-year-old Kindergarten student identified as E.G.. The lawsuit says E.G. grabbed a door to stop his mother from bringing him inside his classroom on May 2, 2014 before a teacher’s aide asked his mom to retrieve officer Bond in order help her.

After Bond was found, he told the parent if “E.G. was misbehaving like he had been ‘the other day,’ he would take him to the Refocus Room… and ‘rough him up,'” according to the lawsuit.

The lawsuit says when Bond located E.G., he yelled at him and then grabbed his arms, twisted them behind his back and lifted him up off the ground, still twisting his arms, and carried him into the classroom causing him to “squeal in pain” and hit his head on a chalkboard – which resulted in bleeding.

E.G.’s mom said she talked about the issue with the teacher’s aide, who told her that “Bond’s actions were normal,” and that “E.G. needed to learn how to behave.” According to the lawsuit, the parent attempted to retrieve surveillance video of the incident, but was denied the request for about two weeks and told it was in the possession of Bond.

The second incident referenced in the lawsuit occurred on February 19, 2015 and involved a 12-year-old student identified as N.M.. N.M. had been temporarily reassigned to Jefferson Center and had reportedly left his class to go speak with an administrator following a comment made by a substitute teacher.

Bond happened to be walking opposite of the student when he was on his way to the office, the lawsuit says, and didn’t speak or give any directions before he pulled N.M. to the ground by the hood of his sweatshirt.

Bond then pinned N.M. down and put him in a chokehold causing him to lose consciousness, according to the suit, and a parent attempted to record video of the incident, but was stopped by a school staffer.

N.M. was placed in handcuffs and taken to the assistant principal’s office where he was held for about 30 minutes before being released to his mother. The lawsuit says the parent that witnessed what occurred later gave police a statement describing what she saw.

The third incident citied in the suit occurred at around the same time as the second and involved a 15-year-old identified as M.D.. According to the lawsuit, M.D. had left his classroom after an argument with his teacher when, without warning, Bond pinned him up against a wall with his elbow.

Bond then pushed his forearm against M.D.’s throat and slammed him to the ground before a teacher asked why M.D. was being restrained. The lawsuit says Bond responded by saying he had destroyed school property by forcefully opening a door, and then placed the teen in handcuffs for about 45 minutes before he was released without arrest.

In March, two Baltimore city schools police officers were criminally charged after one of them was filmed repeatedly slapping and then kicking a 16-year-old boy that had misidentified as a trespasser on school grounds.

The families in the lawsuit scrutinize Abilene ISD’s policy of hiring APD officers and request damages for emotional pain, suffering, mental anguish, and other causes. District officials and police have not commented on the pending litigation.