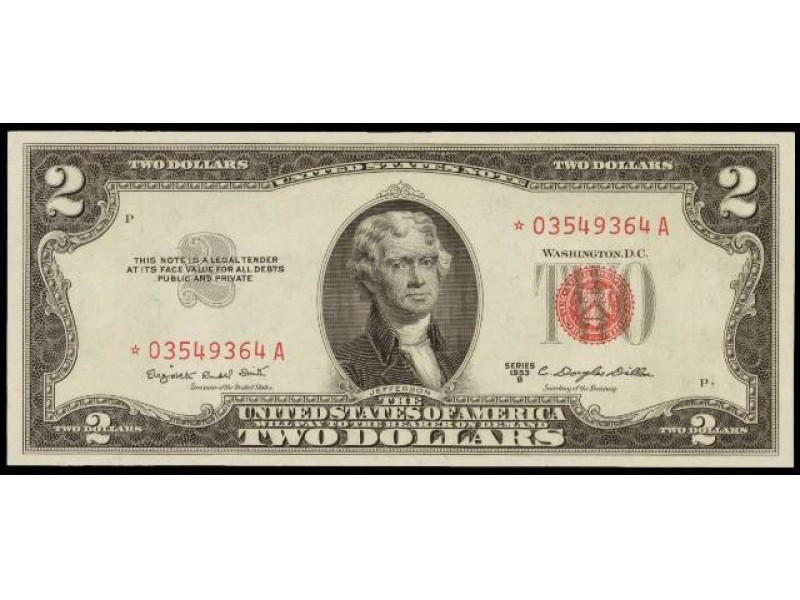 Although now in low circulation, the $2 bill is a real thing, but some people who have never seen one invariably think it’s funny money.

HOUSTON, TX — There are some people who’ve never seen a $2 bill, including, it would seem police, school officials and cafeteria workers in Houston who were convinced an eighth-grader was using counterfeit money to buy chicken nuggets during lunch.

But the $2 bill is a real thing — a legal denomination of U.S. currency first issued in the early part of the 20th century, produced until 1966 and then reissued ten years later. It’s got a picture of Thomas Jefferson on the front and a reproduction of The Declaration of Independence by John Trumbull on the reverse side.

Get Real-Time News Alerts for Your Austin Neighborhood

Some of us remember as kids occasionally coming across such bills, which are now seldom seen in circulation. They weren’t too much in demand among merchants, prompting the U.S. Treasury to pull back on their production.

But they’re out there, and they’re perfectly legal to use.

Yet when student Danesiah Neal tried to pay for her chicken nuggets with such a bill, the purchase was flagged. Police were called.

According to media reports, the scene of the “crime” was Fort Bend Independent School District’s Christa McAuliffe Middle School, just outside Houston proper.

More from Across Patch

“I went to the lunch line, and they said my $2 bill was fake,” the eighth-grader told KTRK-TV. “They gave it to the police. Then they sent me to the police office. A police officer said I could be in big trouble.”

School officials then called the student’s grandmother, who had given her the bill: ” ‘Did you give Danesiah a $2 bill for lunch?’ ” the grandmother, Sharon Kay Joseph, recalled being asked. “He told me it was fake.”

Doggedly on the case, police then located the convenience store where the student claimed she had been given the bill as part of her change after a purchase. Then, a crack team of Houston detectives took the circa-1953 bill to a nearby bank, where it was scrutinized and examined before being deemed legitimate legal tender.

“He brought me my $2 bill back,” Joseph told KTRK of being visited by a school official after the misunderstanding. “He didn’t apologize. He should have, and the school should have because they pulled Danesiah out of lunch, and she didn’t eat lunch that day because they took her money.”

Charges were not filed. But the grandmother is still upset over the entire episode.

“It was very outrageous for them to do it,” Joseph said. “There was no need for police involvement. They’re charging kids like they’re adults now.”