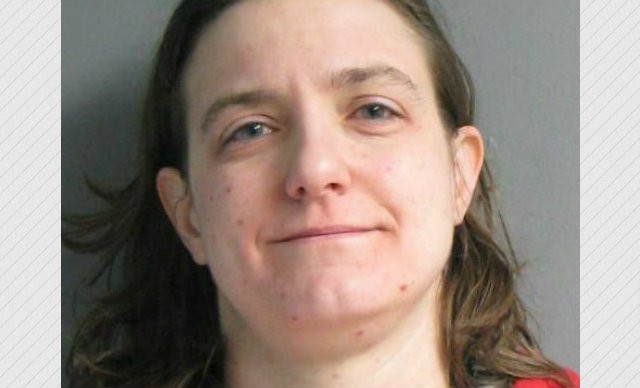 Sonja Farak got high on LSD, Cocaine, Ketamine and everything in-between, pretty much every day for eight years, while working in a state-run chemistry lab. She would sample her standards, or drugs sent to the lab to be used as controls in experiments. She also sampled from her co-workers stash, because sharing is caring. She even took the unknown drugs, I guess someone had to figure out what they were.

For a reference on the amount of fucks Sonja did not give, take a second look at the smirk on her face during her booking photo.

Farak wasn’t just doing the drugs that were brought in for testing. Sonja was cooking her own crack and constantly smoking it at work. In fact she even handled an accreditation interview with the state police after smoking crack she cooked herself.

Sonja was able to complete every tedious task performed in a chemistry lab high as shit on hard drugs. That in itself deserves some form of recognition. I used to work in an ethanol laboratory and I had trouble keeping everything straight after smoking a joint. Eventually I was able to conquer any task thrown at me regardless of how stoned I was but I never showed up after smoking some crack that I cooked myself, then kicked ass at work.

She did this pretty much every day for eight fucking years before anyone noticed. The lab has since been shut down and an investigation has been started into the amount of drug samples that may have been mishandled potentially causing the verdicts of up to 10,000 cases to be overturned.

Why did Sonja do drugs constantly at work? Perhaps she’s some degenerate addict unable to control herself or maybe she was a kleptomaniac with an uncontrollable urge to steal but after stealing them felt like she had no other option but to ingest them. Or maybe, just maybe Sonja understood the principles of self-ownership and knew that her use of drugs would invalidate her testimony and cause thousands of potential mistrials due to evidence tampering.

Self ownership is a fundamental right and being able to choose which substances to ingest is synonymous with that ownership. Drug use is a victimless action and as such should never be a crime. Those who enjoy altering their state of mind never do so with malicious intentions and people need to stop blaming substances for accidents or other incidents that happen while someone is intoxicated and embrace the idea that, everyone should be he held to the same standard regardless of their mindset.

Watch this video where Ademo Freeman Convinces Wes Lambright of the same thing.