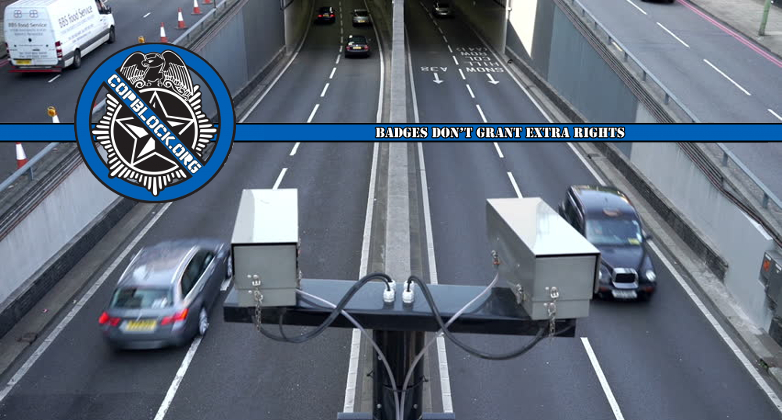 The article was shared with the CopBlock Network by a reader named Joe, via the CopBlock.org Submissions Page. The article was originally posted on the blog of the ACLU. It details the growth of the surveillance state under the guise of stemming the movement of substances some people deem “illicit.”

Are you the property of someone else? Do they have “right” to tell you what you can and cannot put in your body? Do they have the right to track your movement using your own dime? Personally hat’s not the kind of society I want to live in. As this article correctly notes “

Anyone who thinks all of the above will never happen doesn’t know much about history.” The best solution is not to further compound problems created and exacerbated by drug prohibition, arbitrary political boundaries, and claimed double-standards for law enforcement, but simply to not give them any credence by recognizing and acting as if you own yourself, because you do!

The DEA wants to capture the license plates of all vehicles traveling along Interstate 15 in Utah, and store that data for two years at their facility in Northern Virginia. And, as a DEA official told Utah legislators at a hearing this week (attended by ACLU of Utah staff and covered in local media), these scanners are already in place on “drug trafficking corridors” in California and Texas and are being considered for Arizona as well. The agency is also collecting plate data from unspecified other sources and sharing it with over ten thousand law enforcement agencies around the nation. We know that automated license plate scanning (ALPR) technology is rapidly being deployed by local police around the country. However, its use by a federal agency raises new issues and questions. To begin with, the federal government is in more of a position to create a centralized repository of drivers’ movements, so federal deployment of the technology is even more serious a matter than widespread local deployment.

In addition, a federal agency is required by law (the Privacy Act of 1974) to disclose to the American people how it is collecting, using, and sharing data about them. However, we were not able to find a Privacy Act notice anywhere in the Federal Register in which the DEA describes any collection of license plate data. (The two recent DEA Privacy Act notices we found do not mention the practice.)

We have received reports from ACLU affiliates along what the government calls the “SWB” (southwest border) that ALPR technology appeared to be in use at border checkpoints. And we did find mention of ALPR in DEA written testimony to Congress. In May 2009, DEA and Justice Dept. officials mentioned the agency’s use of the technology along the border. They wrote:

Within the United States, DEA has worked with DHS to implement its ‘License Plate Reader Initiative’ (LPR) in the Southwest border region to gather intelligence, particularly on movements of weapons and cash into Mexico. The system uses optical character recognition technology to read license plates on vehicles in the United States traveling southbound towards the border. The system also takes photographs of drivers and records statistical information such as the date, time, and traffic lane of the record. This information can be compared with DEA and CBP databases to help identify and interdict vehicles that are carrying large quantities of cash, weapons, and other illegal contraband toward Mexico.

The word “particularly” in that statement is particularly ominous. In March 2011 written testimony, a top DEA official updated the picture: DEA components have the ability to query and input alerts on license plates via an existing DEA database, and other law enforcement agencies can do the same via EPIC [the DEA’s El Paso Intelligence Center]. DEA and CBP are currently working together in order to merge existing CBP LPRs at the points of entry with DEA’s LPR Initiative. In addition, the FY2010 SWB supplemental provided $1.5 million to expand the LPR initiative by purchasing additional devices and barrels and support maintenance to allow DEA to monitor traffic and provide intelligence on bulk currency transiting toward Mexico.

Law enforcement officials defended the program in part by describing it as an extension of already existing ALPR deployments in the rest of the state. But rather than mollifying the legislators, this answer prompted them to resolve to hold hearings on those local uses of the technology.

This is what you call sugaring a pill so that people will swallow it. Anyone who thinks all of the above will never happen doesn’t know much about history. We’ve seen this dynamic many times—a new surveillance technique is unveiled supposedly for use only against the most extreme criminals and is quickly expanded to much broader use. (To take just one example: DNA testing was first applied only to convicted murderers, then to all convicts, then to certain arrestees who haven’t even been convicted of a crime.)