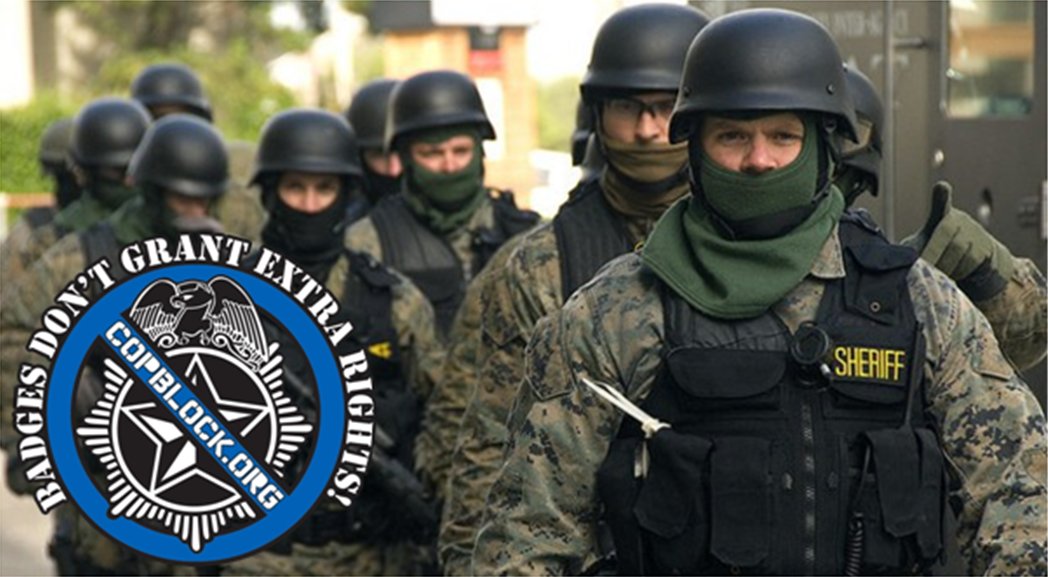 A Thermal, California man says he was shot three times by cops who falsely accused him of pointing a shotgun at them after he responded to his front door in fear of being robbed.

According to a lawsuit, deputies with the Riverside County Sheriff’s Department responded to the Filmore Street home of 35-year-old Juan Carlos Rodriguez Ayala at about 2:30 a.m. on Sept. 25. A 911 call had reported gunshots in the area and the officers had began checking homes in attempt to find the individual who made the call.

Things went wrong when they finally reached Rodriguez’s house and he and his family were roused from sleep by barking dogs and a flashlight shining through their window. The lawsuit says that Rodriguez, mistaking the deputies’ for burglars, grabbed a shotgun and went outside to defend his home.

The lawsuit maintains that there were no red-and-blue lights flashing at the scene to indicate police activity, and that none of the officers identified themselves – so Rodriguez thought his home was being broken into. According to police, Rodriguez stepped out of his door and raised his shotgun at the deputies after they identified themselves as police officers, which resulted in them firing a total of eight shots.

The lawsuit says the cops’ version of events is a lie and asserts that Rodriguez was shot immediately after he exited his home while still holding the shotgun behind his half-open door. In addition, the suit says the deputies didn’t identify themselves until after the shooting.

Rodriguez was struck three times and a stray bullet flew into his family’s bedroom where his girlfriend, Monica Resvaloso, was holding their infant son, according to the lawsuit. Police then ordered Resvaloso and the couple’s children out of the house.

During this process, Rodriguez was left bleeding in the doorway until his family was secured outside, the lawsuit says, and deputies then ordered him to stand and walk about 100 feet towards them where he was thrown to the ground and arrested.

The deputies who opened fire have been identified as Paul Heredia and Miguel Ramos. According to the lawsuit, one of the officers told Rodriguez that he “had not done anything wrong,” but police later issued a press release saying he pointed his gun at them.

The lawsuit calls the statement “evidence that the Department has a policy, practice, and custom of permitting, encouraging, and protecting the unlawful conduct of its deputies,” and additionally maintains that one deputy mocked Rodriguez by telling him, “it’s just a broken arm,” before saying to another deputy, “Your aim is off… That’s where you shot him?”

Now eight months after the incident, Rodriguez has still not been charged with a crime and prosecutors say there is no record of him in the DA’s case management system – which means no case against him was ever forwarded for prosecution.

The sheriff’s department has not commented on the pending lawsuit but has argued in court that Rodriguez’s injuries were his fault because his family didn’t “exercise ordinary care on their own behalves for their own safety.”