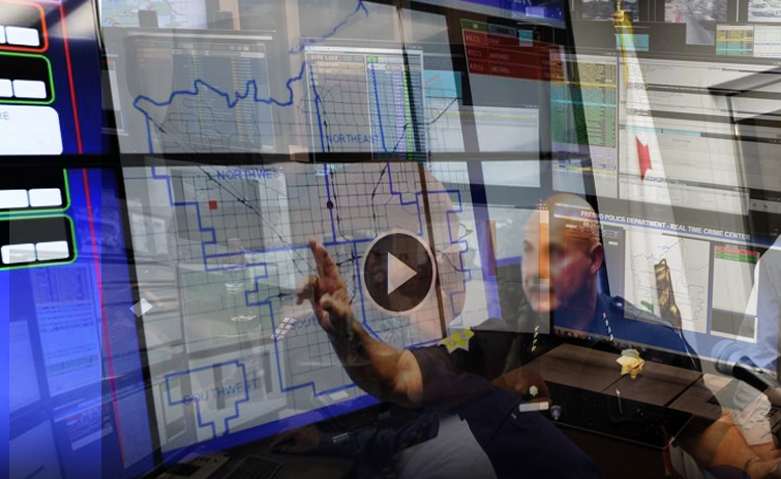 Police departments across the United States are beginning to operate state-of-the-art crime fighting equipment that could lead to live-streaming surveillance from virtually everywhere.

Today, when police departments in Fresno, New York, and Seattle receive a high-priority call of an in-progress crime, that call is immediately filtered through a hi-tech computer system that will assign a threat score to the individual and home involved in the incident. This will contribute to local law enforcement’s assessment on how to tackle top-priority scenarios.

The backbone of this operation is the Real Time Crime Center (RTCC) – a centralized technology center that “goes through all public information for the call’s location — from arrest records to pizza deliveries — and gives the address a rating. Green means minimal threat, yellow a possible threat and red a major threat. This is all done in a few seconds,” the Fresno Bee reports.

However, there are many major concerns over this system. For example, it does not take much to appear as a top threat. If your home even receives mail associated with a former criminal, your home may receive an immediate red threat score, claims Fresno Police Chief Jerry Dyer.

The data-combing software has the ability to monitor voice, video, and data changes in real time. According to law enforcement publication Police One, “data is available and often streaming into public safety and government agencies from virtually everywhere — smartphones, social media, sensors, alarms, as well as fixed and wireless video cameras.”

The New York Police Foundation website gives insight on other abilities the Real Time Crime Center is capable of. The mass surveillance center can also use “satellite imaging and mapping technology,” which “enable a real time picture of police resources throughout the city.”

The system provides the Department with the ability to: