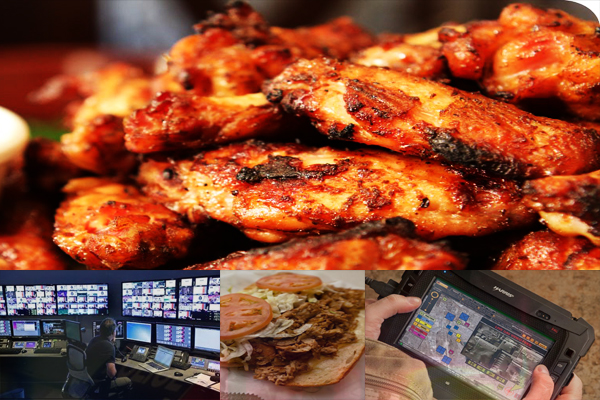 Annapolis, Maryland police failed to hunt down a man who robbed a Pizza Boli’s delivery driver of $56.77 worth of chicken wings and subs by wiretapping locals using a stingray device.

Local news site CNS Maryland published that the pizzeria’s employee reported being robbed of 15 chicken wings and three subs while out on delivery in March. According to the police log, on-duty officers acquired a court order.

The stingray device is acquired through the federal 1033 program, which distributes leftover military goodies, such as MRAPs, grenade launchers, Bear Cats, automatic weapons and military-grade spy equipment to local colleges and police departments across the United States.

Trigger Fish, Hailstorm, and Stingray devices are being operated under the guise of anti-terrorism efforts, however, they are seldom – if ever – used for their intended purpose.

Jennifer Lynch of the Electronic Frontier Foundation told CNS Maryland that she could not recall a single case in which local police had stumbled upon terrorism using their cell site simulators.

“I don’t think it’s happened at all,” she said

The spy equipment mimics a cell tower and diverts all communications within its reach to its operator. Meaning, local citizens who are not even involved or at the center of attention unwillingly give up private information and conversations to authorities.

The wire tapping device has been surrounded in much secrecy and controversy since it can be a blatant violation of the 4th amendment to the Constitution. The 4th amendment protects American citizens “against unreasonable searches and seizures” and states, “no warrants shall issue, but upon probable cause, supported by oath or affirmation, and particularly describing the place to be searched, and the persons or things to be seized.”

It is the legal foundation against arbitrary arrests and is the basis of the law regarding search warrants, stop-and-frisk, safety inspections, wiretaps, and other forms of surveillance.

So did Baltimore police have probable cause to use military-grade spy equipment to search for a chicken wing thief?

“It’s supposed to be used for terrorism,” Janine Meckler, the Baltimore public defender, said. “It’s not being used for the purpose for which it’s being designed.”