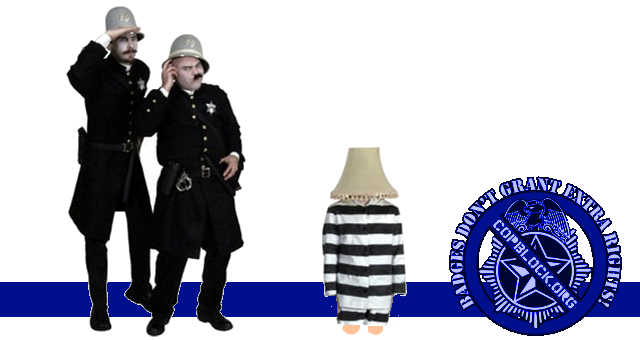 Just how bad are cops at dealing with actual crimes? Well, some Florida police are demonstrating just that, as they have failed to locate a suspect who may have been responsible for the grisly murder of his parents. The suspect, Sean Petrozzino, has no arms or legs.

Authorities in Florida are searching for an armed quadruple amputee who’s reportedly been on the run since Tuesday, hoping to question him about his involvement in a double murder.

Sean Petrozzino, 30, reportedly lost his legs, hands and parts of his arms to bacterial meningitis years ago. Police say he moved in with his parents last week after separating from his wife amidst some serious financial issues.

Both of his parents were both (sic) found dead Tuesday morning after Sean’s mother, Nancy Petrozzino, failed to show up for her job as a schoolteacher.

Sean Petrozzino was last seen on an ATM surveillance camera Tuesday morning. Although police say he’s currently a “person of interest” and not an official suspect in the double murder, a spokesperson did caution that he’s armed with a gun.

A prosthetics expert told the Orlando Sentinel you don’t need a hand to shoot both your parents—just the will—as most guns can apparently be fired by the handless, “without special devices.”

How is a man with no appendages whatsoever able to elude police? Was the police slug unit off duty? Is it because the perp in this case is an evil genius with magical invisibility potions and the ability to travel on stealth unicorns? I doubt it. It is far more likely just a case of the cops being completely incompetent at their jobs. All that time spent generating revenue through traffic scams and a failed war on drugs has made law enforcement apathetic towards crimes with actual victims that take actual police work to solve.

Of course I am not too surprised about this. Somewhere in Florida there is a high ranking police official that is still blaming witchcraft on social problems – 17th century style. Go Florida!