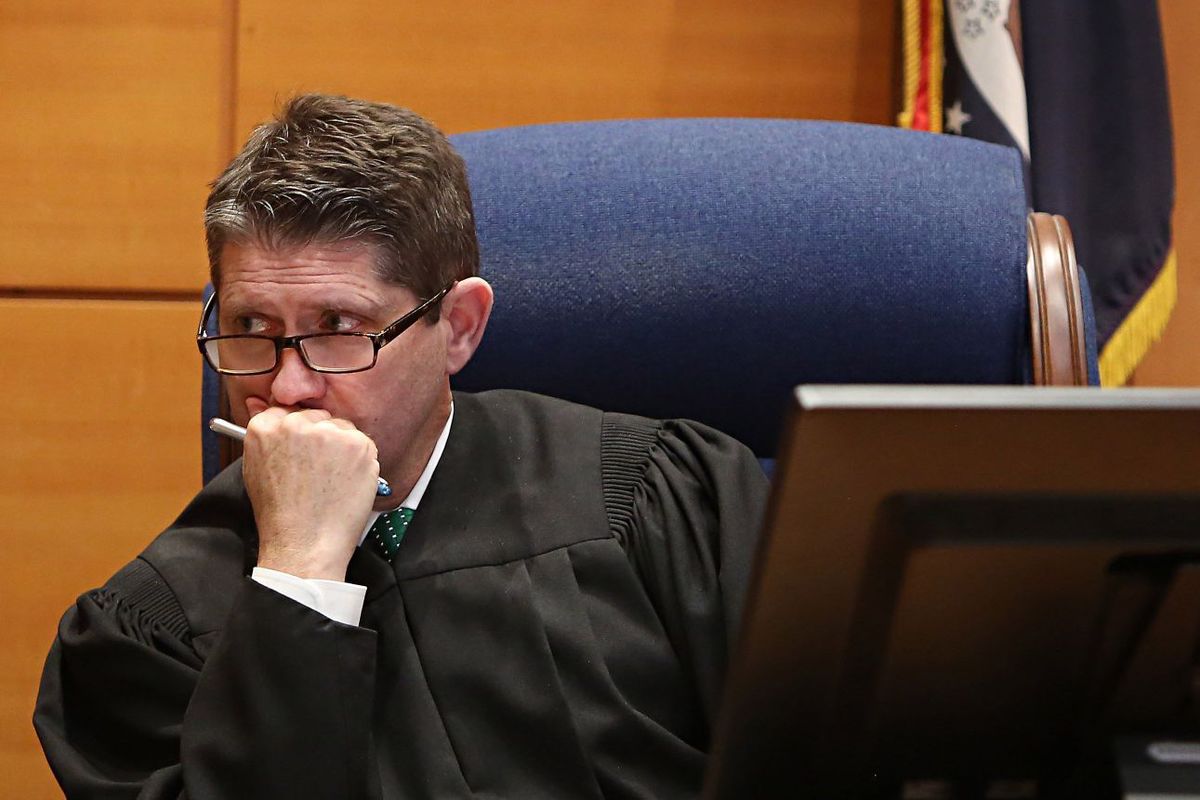 A judge has ruled against the City of Ferguson in three cases where protesters were arrested after a prayer vigil after the death of Mike Brown, who was murdered by police in Ferguson Missouri.

Keith Rose, Michael Lhotak and Jasmine Woods were all charged with failure to comply with officers’ orders. This charge is a catch all allowing officers to arrest people for anything and the US Justice Department ruled Ferguson routinely abused this charge.

The defendants were represented by Justin Farishon, an attorney with the nonprofit Arch City Defenders. Keith Rose was found not guilty. The judge went even farther in the other two cases granting motions for a judgment of acquittal. When these are granted it means that in the face of the evidence any reasonable person would find the defendant not guilty.

The cases were tried last month and were an expensive, embarrassing failure for the city. Not only was the city unable to produce any witness who could verify the alleged crimes but no one could even say that the defendants had heard the dispersal order.

City Attorney Stephanie Karr, said in an email, that violations of law are “contrary to the public health, safety and welfare. Therefore, the public interest is served by taking action to prevent further violations of the law by making offenders accountable.”

If a crime had actually been committed I would be inclined to agree with her, however dragging three innocent people to a cage charging them an arbitrary disobedience crime does nothing to hold anyone accountable. Instead of focusing on the protesters who refuse to comply with the wishes of strangers she should have been focused on pursuing charges against the criminal cops who used a badge and a gun to maintain a stranglehold on the town of Ferguson

J. Patrick Chassaing also served as a prosecutor and admitted that the prosecution was about preventing protesters from assembling again.

He said in a statement,

No wonder they lost their case. The prosecution was trying to charge anyone for committing a crime, they were trying to use institutionalized force and violence to make an example out of Keith Rose, Michael Lhotak and Jasmine Woods and hopefully deter another gathering.

The City of Ferguson is currently looking for new prosecutors and is trying to distance itself from the previous firm of attorneys, Curtis, Heinz, Garrett and O’Keefe. The firm may have overcharged the city for it’s work on the cases as legal fees doubled and the total bill so far is over $60,000, $30,000 of which is for these failure to comply tickets.

If Karr had been able to obtain a guilty verdict the legal fees rendered to the city have been $150 each or a total of $450.

Karr was singled out for her involvement in the Ferguson Municipal Court’s massive constitutional violations. The city has said it is considering appointing an interim prosecutor while it searches for a new one.

If you are ever forced to serve on a jury where the defendant is being charged with some form of victimless action, vote not guilty. A victim requires a crime and regardless of what you are told it is your duty to vote for what is right instead of what is allowed.