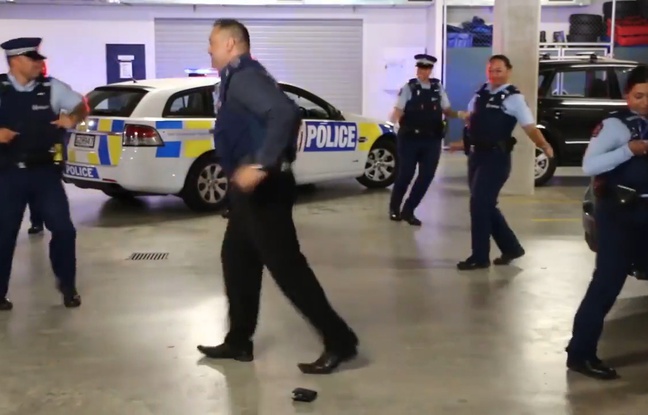 Recently the police have challenging each other to stupid, IMO, dance offs instead of – you know – protecting people or improving their work environments. Wait, what am I saying? The idea that police protect people is even more ridiculous than these videos of pigs dancing.

In fact, by making these ridiculous videos, the police are making the world a safer, freer place but not in the manner they’re accustomed to. In the time it took to produce these whack dance flicks these cops could have extorted and/or physically harmed a number of people. Instead of taking people to jail for a plant or contributing to the three person a DAY average of those killed by police, they were making stupid YouTube videos so the people they systematically oppress will regard them as human.

Yep, it’s nothing more than a PR stunt.

CBN Contributor Joshua Scott Hotchkin had this to say about the viral social media trend of dancing pigs in suits issuing challenges to each other like neanderthals:

The most hilarious part about this is the irony. Probably the best theory of humor is ‘incongruence theory’, which states that humor is a safe response to incongruent situations, juxtapositions or other messages.

So why are dancing cops funny?

According to that theory it is because the idea of cops dancing shouldn’t make any sense, so we reflexively relegate it to humor. But why doesn’t cops dancing make sense? Dancing is a human activity. It is an activity of joy and peace and love. So the funny part is that these videos are funny because even the cops recognize that they are violent, hateful, unhappy and inhuman monsters. Monsters don’t dance.

That being said, enjoy.