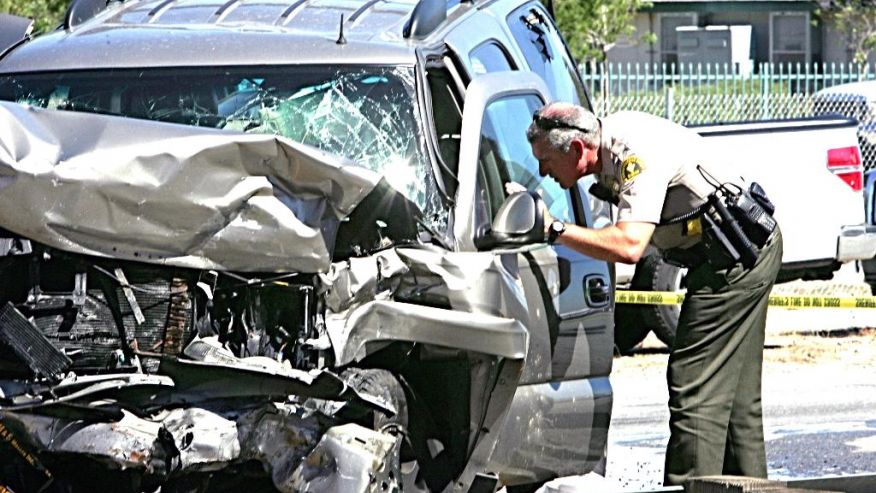 The following post was submitted via our Submit Page.

The recent shocking episode of a police helicopter shooting in San Bernardino, California, has left the Villegas family completely devastated. The incident brought to light what happens when gross negligence on the part of the police, coupled with recklessness, rears its ugly head.

Here’s a brief timeline of the events that changed the Villegas family’s life forever:

* On September 18, 2015, a Friday afternoon, law enforcement follows a fleeing suspect on a high-speed chase through the streets of Fontana and the city of San Bernardino

* Fatally injured by the shots fired by Deputy Kowalski, the suspect exits the moving vehicle as it careens up the I-215, thereafter immediately collapsing and dying

Maria Villegas’ traumatic injuries included a shattered wrist, internal bleeding, broken ribs, a punctured liver and fluid in her lungs. Her husband, 61-year-old Jose Villegas suffered a broken leg and lung complications while their young son underwent surgery for two broken arms, a broken shoulder and injury to his knee. Today their son can no longer get out of bed and going forward will be home schooled.

They have been dealt a severe blow in terms of permanent, life-changing injuries suffered as a result of this unheeding, impetuous behavior on the part of the San Bernardino County Sheriff’s Department. The Villegas family, represented by Philip Layfield from Layfield & Barrett and V. James (Jim) DeSimone from V. James DeSimone Law, has filed a lawsuit against the San Bernardino County Sheriff’s Department and other responsible parties for their gross misconduct and negligence.

In light of the facts and circumstances surrounding the incident, it is the belief of the Villegas family and their legal representation that the use of deadly force in this manner was in violation of well-established law and the principles of proper police conduct. To get justice for their physical, mental and emotional anguish, the Villegas family’s legal counsel has demanded a trial by jury, with the intention of recovering the compensatory and punitive damages the family seeks to rebuild their lives.

This begs the question: Since when is it acceptable for the long arm of the law to begin meting out this particular genre of justice? Is this what we have come to expect from LA’s finest? It was Thomas Jefferson who once said, “The care of human life and happiness, and not their destruction, is the first and only object of good government.” A thought from one of our Founding Fathers that resonates with all of us even today.

We are instilled with the belief that every human life is sacred and it is this sanctity that needs to preserved, at all costs. The police are tasked with this salient responsibility. However, the motto of ‘To Protect and To Serve’ seems to have been pushed to the periphery during the course of this appalling incident.

Law enforcement is expected to uphold the rights of civilians and enforce the law the way it was intended to – with a sense of propriety, as opposed to running amok with complete and utter disregard for human lives.