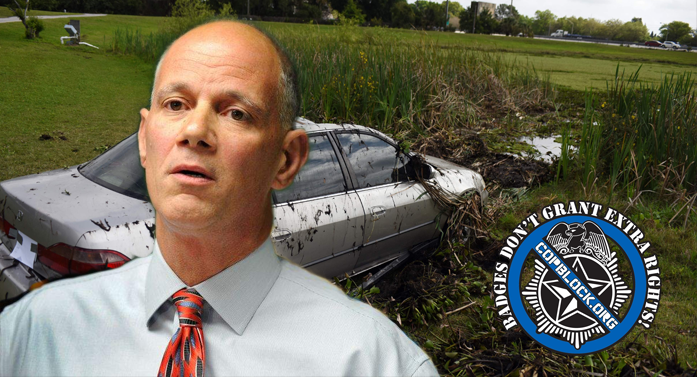 When Pinellas County Sheriff Robert Gualtieri claimed in a press conference that his heroic deputies attempted to save the lives of Laniya Miller and Ashaunti Butler, both 15, and Dominique Battle, 16, he underestimated the international outrage over dashcam video showing the complete opposite occurring. The video and audio showed multiple Pinellas County sheriff’s deputies standing or sitting around casually discussing watching the girls struggling in the car, hearing them screaming and with the Sheriff’s helicopter hovering overhead illuminating the pond, waiting for over 5 minutes while the car sank, dooming the three teens to a horrible death.

However, Gualtieri does not like to be embarrassed and will do almost anything to spin a story in a positive light for Gualtieri personally as well as the agency, but in this case he went way too far. Sheriff Robert Gualtieri went on the attack. ABC news reported that “Gualtieri is angrily defending his agency”. But he didn’t attack the media, or the people that were outraged over the undeniable video and his deputy’s statements. Instead he attacked the three young victims, their families and their communities.

The attack against the grieving families and the dead girls came in the form of his statements against them and three very large color posters placed on individual stands, each denigrating one of the victims. Sheriff Gualltieri spent hundreds of dollars in taxpayer money having the mug shots of the three victims and their juvenile criminal arrest records (but no conviction records) blown up and displayed to the media, and the purpose for doing so was nauseatingly clear. These posters served no other purpose than to point out that in his mind and in the eyes of those deputies, these three young girls weren’t worth saving. They deserved their fate. In smearing these girls to the media, Sheriff Gualtieri was hoping at least some of the public (voters) would agree with him.

He displays that the girls are black, understanding that a segment of the population won’t care if they died because they are black, as evidenced by the hateful comments posted online about the event. He then intentionally lists out arrest records (which often do not equal guilt) because he also understands that there is a large segment of population that won’t care if they died if they are “criminals” or “Thugs” which is the new “N” word used in its place. Again, thousands of vicious comments online prove this point.

Federal courts recognize that keeping juvenile criminal records confidential helps prevent children from the “stigma of being labelled a criminal” unless of course the goal is to stigmatize said children such as how Sheriff Guatieri used them in this case. (Jeffrey T., 140 Cal.App.4th 1015 (2006). In January of 2014 Sheriff Gualtieri removed Pinellas inmate’s mugshots from the county’s website stating that publicizing people’s mug shots was “clearly taking advantage of someone’s circumstances”. Yet Sheriff Gualtieri clearly has no hesitation using their mugshots to stigmatize Laniya, Dominique and Ashaunti because in his mind it will lessen the condemnations of him, his agency and the conduct of his deputies.

If the mugshot posters were not enough, “The fact remains that three girls were out at 4 a.m. in a stolen car, running from” the law, Gualtieri said. “Don’t blame us.” Even though his agency’s policy is that they are not to chase stolen cars to prevent needless deaths, that appears to be exactly what these deputies were doing, one being clocked doing 93mph “not” pursuing the girls. Sheriff Gualtieri also kept it a secret that Deputy Skaggs, the one who chased the three girls into the pond also chased another black teen into a pond to his death in 2002.

In his CNN interview Gualtieri stated “The vehicle drifted about 20 yards into the pond and was fully submerged within about five minutes” which is accurate based on the evidence from the scene. However, in subsequent interviews he states that the car was triple that distance, or 60 yards into the pond, which is not possible. Glautieri intentionally exaggerated both the distance the car traveled into the pond and the depth of the pond to support the multiple deputies decisions not to intervene to prevent the drownings. It wasn’t the fact that they were criminals or black, it was the distance and the depth that prevented our deputies from saving them he argued, only the distance and depth were blatant lies.

Also in the CNN interview, Gualtieri stated “these auto thefts are predominantly occurring by one group of kids in one area of the county” “and, the facts of the facts is, is that we have a problem in this county with predominantly black juveniles”. This one statement is quite interesting because in most car theft cases, the owner comes out and his car is just gone with no witnesses to the theft. Yet Sheriff Gualtieri is totally willing to point the finger for ALL of these car thefts on black juveniles in general, and more specifically at these three dead teens.

In an ABC interview, Gualtieri stated “THESE ARE NOT GOOD GIRLS”. Gualtieri also told The Associated Press that “All three of these girls have criminal histories” and the girls had seven arrests between them in the past year for auto theft, and that he’s upset by not only the girls’ deaths but an auto theft “epidemic”. The implication being that these three black girls were somehow partially responsible for that auto theft “epidemic”, otherwise, why mention it? He doesn’t mention that the girls may have known the owner of the car. Sheriff Gualtieri is intentionally appealing to those inclined to applaud the death of a black teen or a criminal because in his mind and those from whom he seeks support, they are all one and the same. You will see this same exact pattern appear in all of Sheriff Gualtieri’s press releases about any officer involved deaths of a black person.

The girls were dead, and now it was time to murder their reputations to divert attention away from the fact that his deputies are caught on camera idly standing by while 20 yards away three girls are screaming for their lives and drowning right in front of them. Michele Whitfield, an attorney representing the girl’s families said “The public forms opinions based on what law enforcement tells them” and that is exactly what Sheriff Gualtieri was counting on in his uniform pointing at the girl’s mugshots. Pinellas County Sheriff Robert Gualtieri stated “Don’t put it on us. We didn’t do anything wrong”. However, based on the above, I would strongly disagree. After his press release, Sheriff Gualtieiri went back to his mansion in the suburbs and the families went home to cry, having their hearts broken yet a second time.