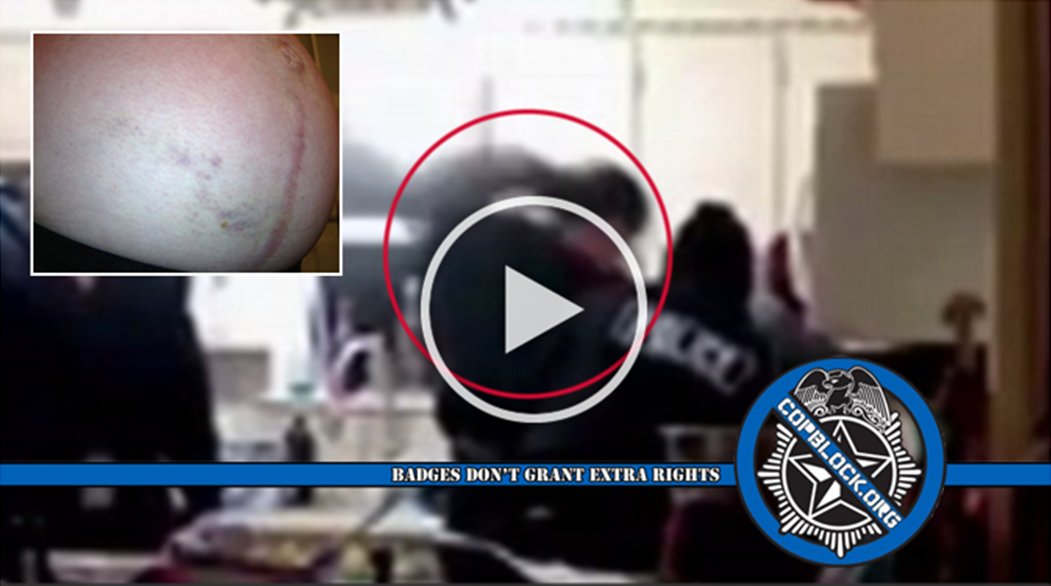 A Texas woman filmed being pummeled by a Hunt County sheriff’s deputy while she was eight-months pregnant has been cleared of felony charges filed against her.

According to area journalist Brett Sanders:

[Deanna Robinson] was cleared today of interfering with child custody, a felony in the state of Texas. This is the second of two felonies that Robinson was charged with, the first being assault on an officer, which the grand jury no-billed last summer.

According to Robinson, most of today’s trial was narrowly focused on the writ, which supposedly granted state agents the authority to kidnap her child. However, the writ and the execution thereof was incorrectly handled by all involved which prompted Judge Beacom to issue a “scathing” decision in favor of Robinson. He further stated his disgust surrounding the lack of training and experience that the agents apparently lacked.

Robinson had said Hunt County deputies and state CPS workers came to her parents home on March 4, 2015 to remove her 18-month-old son after they received allegations from an older sibling that she and her husband had been involved in a fight.

“I stepped in front of my son and put my hands up and began screaming, ‘No, you’re not touching my kid,’” Robinson said. “They all just took offense that I knew my rights and asked for my rights to be respected. You’re here to take my kid! Show me the warrant or the court order!”

Surveillance footage filmed from inside the residence showed two officers push Robinson into a corner of the kitchen as she screamed before deputy J. Robinson was seen punching her two times.

The video abruptly cuts off but Deanna Robinson said the deputy struck her about three more times before she was arrested and charged with resisting arrest, interfering with child custody and assaulting an officer. As a result, she spent six days in jail and prematurely gave birth to a healthy baby boy six days later.

“It’s ridiculous, it’s insane,” Robinson said. “I was handcuffed almost immediately and shoved into a corner by two giant men. I wouldn’t have had an opportunity to assault anyone. There’s nothing to warrant what they did to me.”

In a statement released in August by Hunt County police, officials said “the outcome of [an] internal investigation has determined that no policies have been violated” by deputy Robinson. Additionally, sheriff Randy Meeks claimed his officer had to beat the pregnant mother because she was reaching for his gun.

Deputy Robinson received a no-bill ruling by a Hunt County grand jury who determined that there was not enough evidence presented before it to warrant criminal prosecution. In other words, the cop was cleared of all wrong doing and allowed to return to duty.

Deanna Robinson, who is an Iraq war veteran, still faces a misdemeanor resisting arrest charge. It is unclear whether or not she plans on taking civil action against he department in light of today’s court ruling.