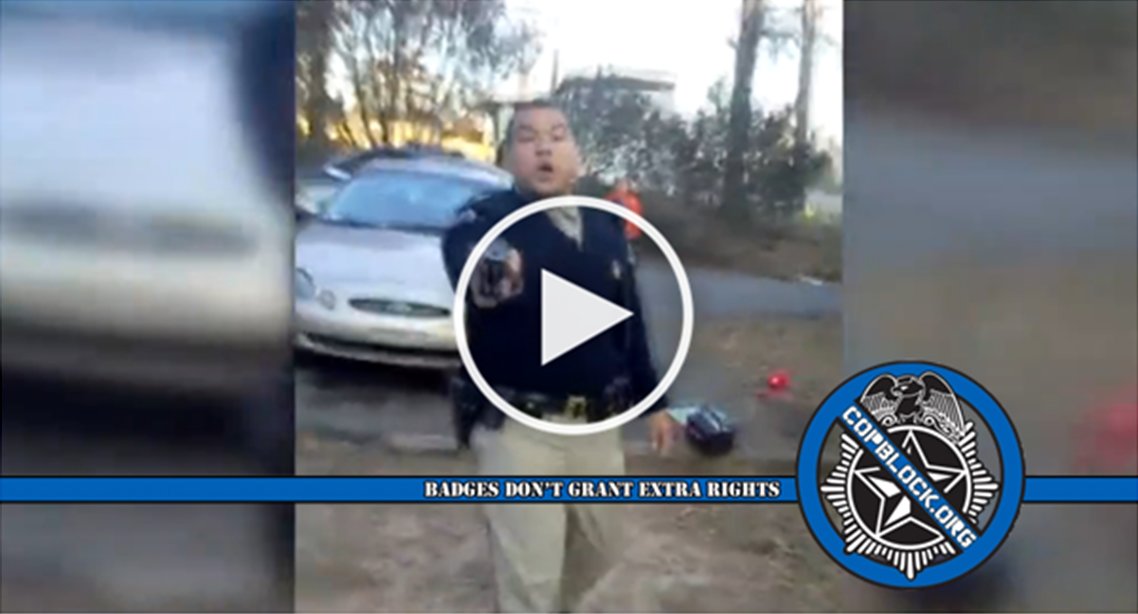 Video has emerged showing a Georgia man being tased by a Jones County sheriff’s deputy while attempting to record him on his cell phone.

According to an incident report, Deputy Wesley Ransom had responded to Shady Springs Drive back in February after neighbors of Luis Marmolejo called animal control to report that his dog had attacked their cat.

Ransom said when he first made contact with Marmolejo, he “immediately became highly agitated” and started cussing. Marmolejo admitted being upset but said he grabbed his cellphone to record the interaction after he calmed down.

After walking off his front porch, Marmolejo is seen in the footage attempting to video the car tag of Ransom’s truck. The deputy is heard warning him to get away from the vehicle.

Marmolejo is then seen in the video walking back toward Ramson and his neighbors before he says, “I’m not doing anything,” and Ransom tells him to go inside his house.

According to Marmolejo, Ransom grabbed at his taser so he began to backing up toward his porch. He did not stop recording however, and Ransom is heard yelling for him to put his phone down and his hands behind his back.

Marmolejo refuses and keeps walking back toward his house before Ransom is seen grabbing at the phone, which disables it from properly video recording what happens next. Marmolejo says it is at this point that he turned his back on the deputy at the top step of his porch.

Ransom then deploys his taser and Marmolejo can be heard screaming in the video before he is arrested and taken to jail on the charge of obstructing a officer.

Marmolejo was released on bond at the station and is scheduled to appear in court for the charge on June 2. It is unclear whether he plans on taking civil action against Ransom or the Jones County sheriff’s department.

Spokespeople for the department have not commented on the incident but individuals have the right to record police officers. Courts have ruled that the activity is only reprehensible if it obstructs or interferes with their duties.