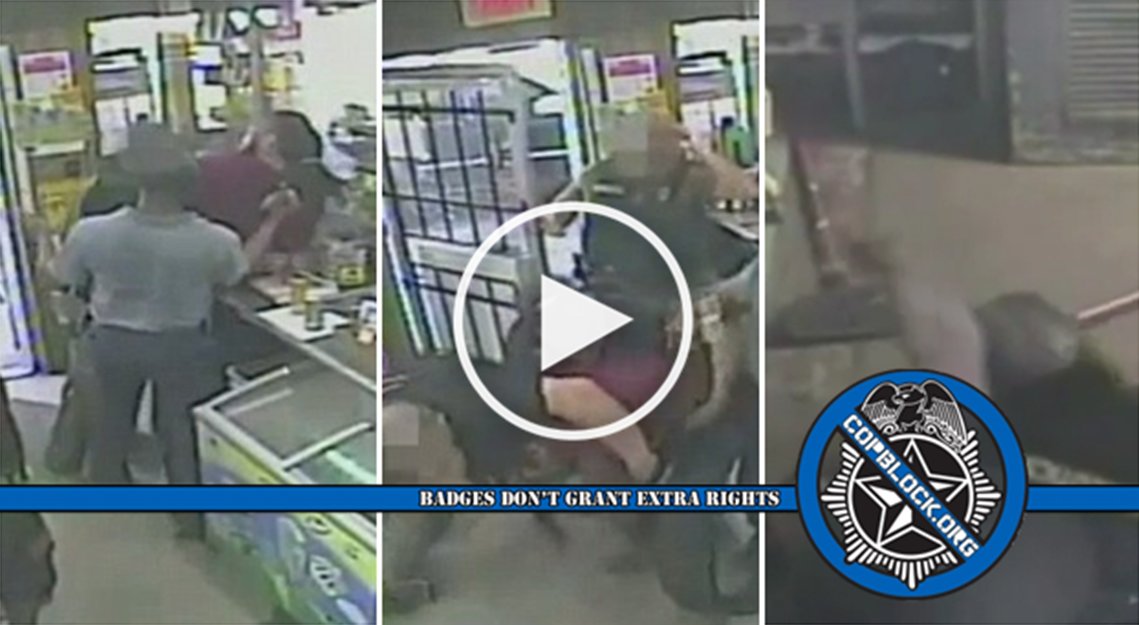 Surveillance video has surfaced showing Florida officers with the Jacksonville Sheriff’s Office attack and beat a man, just for going inside a store.

According to Demarcus Brown, he was concerned about his father after seeing police activity at Ethios Market. He said a drug bust had occurred and another man was being arrested while his dad was inside purchasing a soda.

The surveillance footage shows an officer say something to Brown as he walks toward the entrance of the store on the Northside of Jacksonville. Brown admits the cop asked him not to go inside.

After making his way through the threshold, Brown is immediately pushed up against the checkout counter by the officer, who had followed him into the store.

Brown is then grabbed and tackled to the ground before the footage shows him being pummeled inside a storage room.

“One of the officers grabbed me and pushed me against the wall,” Brown said. “I’m like, ‘I’m checking on my father.’ He said, ‘I told you not to fucking come in the store.”

Brown was charged with resisting an officer with violence and trespass following the attack. His attorney says she is attempting to get the charges dropped and is weighing filing a civil lawsuit against the Jacksonville Sheriff’s Office.

“We can certainly look at this video and we can see there was no resisting an officer with violence and no trespass,” Brown’s attorney, Rhonda Peoples-Water said.

The incident comes three weeks after another Jacksonville officer was arrested and fired for punching a handcuffed woman. Brown alleges police brutality in the incident and local activists were scheduled to hold protests in the area on Friday.