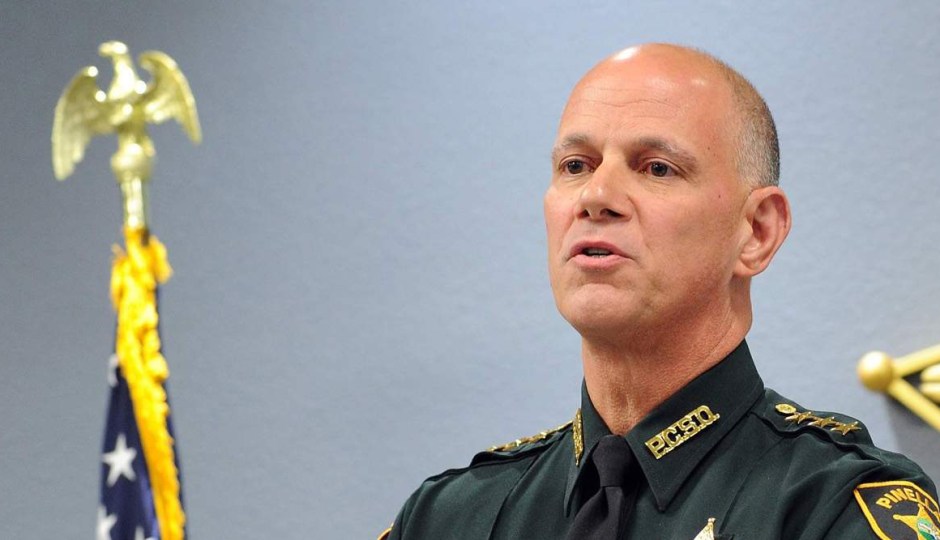 In multiple interviews and news reports and even on the Pinellas County Sheriff’s own website (see screen shot below) Sheriff Robert Gualtieri continues to blame a “car theft epidemic” on the black youth population of South St. Pete to justify brutal police actions against black residents from that area. He literally points the finger at that specific ethnic group in that specific small part of Pinellas County. The PCSO website literally states “auto thefts by youths in South St. Pete are becoming an epidemic.” Why? Because he wants to scare the white population of North Pinellas to authorize him to “crack down” on the problem with whatever force is required. He wants the white voters to vote him in to protect them from the evil dark forces lurking in South St. Pete. Except, maybe the “epidemic” in the Sheriff’s statements are just an intentional political fabrication.
Interestingly enough, another portion of the Pinellas County’s website has a “Crime Viewer” screen where you can see where certain crimes are being committed. According to the PCSO’s own information, from 5-13-2016 through 5-20-2016, there were only two stolen cars in all of South St. Pete. The exact same number as the tiny white municipality of Madiera Beach and large touristy St. Pete Beach. In fact the majority of car thefts were reported in 20% of the mostly white Northern Pinellas County than in the 80% of middle to south Pinellas County which includes the entire city of St. Pete.

In fact, when using the Pinellas County “Crime Viewer”, whatever crime category you choose on the PCSO Website, the LEAST number of those crimes seem to be happening in South St. Pete! Whether it is burglary, assaults, sexual assaults, gun crimes, etc, they ALL show much less activity in south St. Pete than anywhere else in Pinellas County! The complete opposite of what Sheriff Gualtieri is publicly proclaiming.

Is the county website broken, or is Sheriff Gualtieri just fabricating this crime epidemic for political or financial reasons? Is he telling these lies to have us look the other way while his deputies brutalize and kill blacks like the three girls that were drowned in the pond after being chased there by multiple Pinellas County Sheriff’s cars without their blue lights on?

These images from the Pinellas County “Crime Viewer” are far from the South St. Pete black youth epidemic that Sheriff Gualtieri would have you believe. He wants you not to care that three of these “epidemic causing” black teens girls were killed while PCSO was right on their tails “not” chasing them at high speeds into a swamp.

The County’s own Website shows that South St. Pete has by far the lowest stolen car rates in all of Pinellas County. Perhaps all of the South St. Pete car thieves decided to stop stealing cars this week just to make Sheriff Gualtieri look like a liar. Or perhaps he IS just a liar because he needs to scare the white population of Pinellas County to give him more money, more weapons and another term in office to fight a problem that doesn’t really exist. Is it any wonder that police departments all across the country are having racial issues and blacks feel police treat them unfairly?

Sheriff Gualtieiri is race baiting in the worst way, by demonizing all black youths, and the community of South St. Pete. This also harms all businesses struggling to survive in South St. Pete by scaring away people that would otherwise shop there. Is that fair to the residents and businesses in south St. Pete? And how are black teens from St. Pete supposed to feel now that they know how the deputy behind the wheel of that cop car driving by feels about them. That in the eyes of that cop, they are automatically felony criminals based on where they live and the color of their skin. No wonder they run from cops.

April 20, 2016 CNN Interview with Pinellas County Sheriff Robert Gualtieri
GUALTIERI: “Well, that hard conversation needs to be had in this county, and it was the time to bring it up, because we are having an epidemic. We had 2,800 auto thefts in this county last year, 1,500 of them came out of the city of St. Petersburg. It is an extraordinary number, an excessive number. And when you point to the hard facts, the numbers, is these auto thefts are predominantly occurring by one group of kids in one area of the county. We are dealing with a problem of great magnitude. Well, the race issue is, the facts are the facts. You know, in order to solve a problem, you got to identify a problem. You have to know where it is coming from. And, the facts of the facts is, is that we have a problem in this county with predominantly black juveniles, not all but predominantly. The numbers speak to that, the numbers are black and white, if you will. They are hard and pressed, because that is where the problem is emanating from. We have a community problem. It is coming from an area in the county is where it is coming from.”

If I were a black parent of a teenager living in Pinellas County, I would be very worried and fearful that the highest degree of danger my child faces is from the Pinellas County Sheriff. 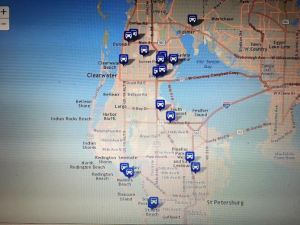