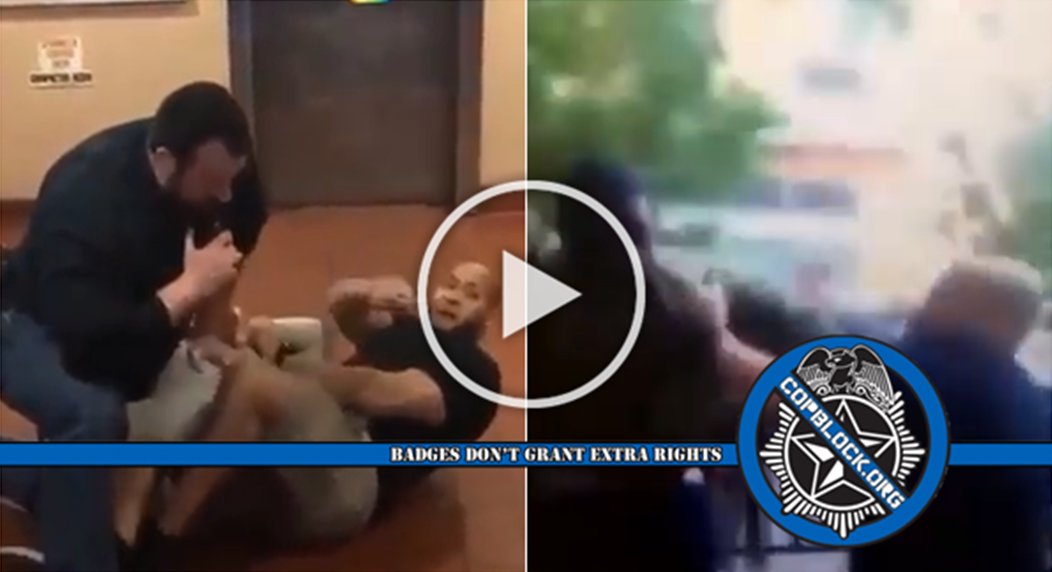 An NYPD officer has lost his badge and gun after being filmed pulling out his firearm on bystanders and then punching and arresting one of them for filming.

Officer Risel Martinez, 26, was chasing a dirt biker with other officers into a housing project on West 134th Street in Harlem on Thursday. There, they struggled with the man while attempting to make an arrest.

Eric Worrell, 17, Jenico Harvey, 19, and Kalen Adams were in front of the building and started recording the altercation. Martinez is seen in cellphone footage unholstering his firearm and yelling, “Back up!” to the bystanders.

The dirt biker, Dayshawn Bettway, 21, was arrested and charged with assault, reckless endangerment, obstruction of government administration and resisting arrest.

According to police, officers spotted Bettway on a dirt bike trying to prevent cops from approaching a stolen vehicle, and distracted them long enough for the driver to flee.

Bettway was punched in the face three or four times by the officers and slammed on his head before cellphone cameras began recording what was occurring, one witness said.

After the arrest, footage shows Martinez walk out of the building and immediately sucker-punch Harvey, who was standing causally to his left, in the face.

Martinez is then seen wrestling Harvey to the ground and handcuffing him. The bystander was arrested on the charges of menacing and disorderly conduct.

“The cop was bypassing him, he could’ve just kept bypassing him,” Worrell said. “But [he] just turned and hit him and wrestle[d] him down for no reason.”

NYPD spokespeople described Martinez as a “mild-mannered, good cop,” but after an Internal Affairs investigation into the incident, he was stripped of his gun and badge and placed on modified duty.

“It was shocking to me… it was crazy,” Worrell said. “[Martinez] just came out and hit him. It was completely uncalled for. I’m glad they took his badge and gun away. No one should call the cops and not be safe.”