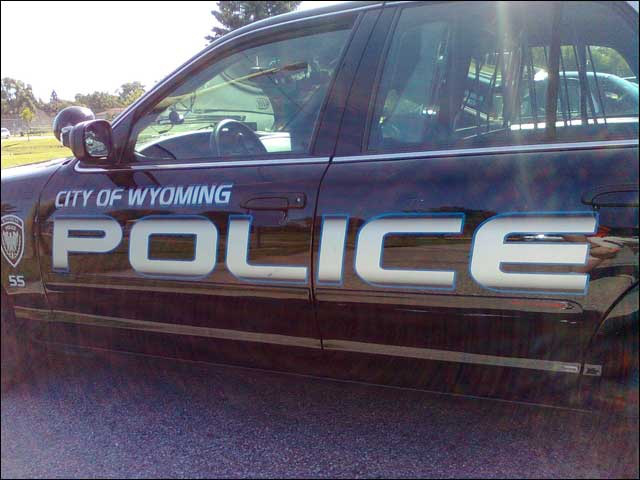 TJ Dewolde says he was just minding his own business, sending few text messages and checking his Facebook, while parked in the Wyoming (Michigan) Police Department’s parking lot. Since police are paranoid creatures who feel everyone is doing something illegal this, harmless act, is all it took for men with guns to surround Dewolde and do what they do best; intimidate and harass him.

In the video below Sgt Walter (#3674) approaches Dewolde and questions why he’s parked at a business that’s closed. While that point may be valid if the property owner had made the call to police themselves that isn’t the case here. What’s not noted until later in the video is that the police station also shares that parking lot and in fact owns the lot. This not only means that the parking lot is public property but that the officer’s actions were most likely to intimidate Dewolde for parking outside the police station at night. See for yourself in the video below.

If this video is an example of anything it’s that the camera can keep police harassment at bay. If Dewolde didn’t have the ability to record the interaction the harassment and intimidation could have been worse. Dewolde could have had his car searched, been ticketed for disorderly conduct or any number of catch all tactics police use to punish those who make them feel uneasy (or butthurt). So above anything else you take away from this video, remember to ALWAYS FILM THE POLICE.

Thanks, IMO, to the camera Walters is left clinging to his arguement of “the Senior Center and Police Station” are closed and that Dewolde has no ‘reason to be there.’ Walter then digs himself further into a hole as he stumbles over his own words while trying to justify the obvious harassment. After failing to articulate a crime, or any reasonable suspicion of a crime, Dewolde asks for his ID back and drives off. He knew legally there was no way a trespass order could be issued for that parking lot. That Walters either knew this and was harassing him or didn’t and is simply a paranoid cop. Either way, Dewolde was free to go.

In a Facebook message with Dewolde he stated that he DID NOT get a ticket or trespassing order for that night but also that he frequents the parking lot more often these days. Walters and his colleagues plan of harassment seems to have backfired. Dewolde reports that none of the Wyoming police officers have approached him since that night.

Chalk one up for video recording.