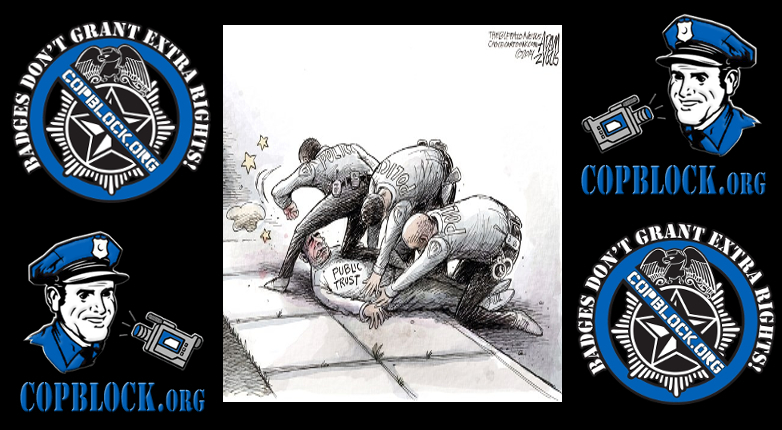 The following post was shared with the CopBlock Network by James McLynas, via the CopBlock.org Submissions Page. He invites those reading along at home to join him in a bit of a social experiment to see if police across the country will join (some) city officials in Chicago in pulling back the curtain and acknowledging one of the the worst kept secrets in history.

That incredibly obvious subject of cognitive dissonance is that all those Good Cops lie and cover up for the cops they claim are just a few Bad Apples abusing and outright murdering citizens on a daily basis.

Now that Chicago government officials have admitted that a Code of Silence exists among the police there, will the police in your own city be willing to do so, as well?

Recent events in Chicago have resulted in public officials admitting for the first time that a police “Code of Silence” does exist. Even though everybody on the planet knows that cops lie for each other, falsify reports to keep each other out of trouble, and never report crimes committed by fellow officers, the admission is a first time a public official has actually told the truth and admitted it.

No officer should be allowed to behave as if they are above the law just because they are responsible for upholding the law.

Permitting and protecting even the smallest acts of abuse by a tiny fraction of our officers leads to a culture where extreme acts of abuse are more likely, just like what happened to Laquan McDonald.

We all have grieved over young lives lost again and again to senseless violence in our city. Now more than ever we need good and effective policing.

But we cannot have effective policing if we turn a blind eye to the extreme misconduct we saw at its worst in the tragic case of Laquan McDonald.

City lawyers even offered a written stipulation acknowledging the existence of a code of silence.

The police department in your area has the same disgusting, criminal (perjury) and corrupt code of silence as Chicago does. They ALL do! However, with Chicago’s admission, will your department admit it exists, or will they still continue the dirty lie?

Why not email them and ask them. You can use this handy template below. 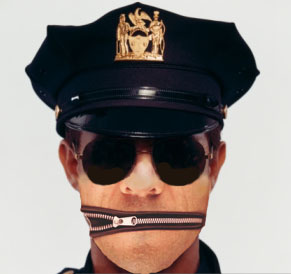 With the recent admission by Chicago that the “Code of Silence” exists, you know, we know, everyone knows that there exists a similar “Code of Silence” within the (name of your local police department) with full acknowledgement and assistance of the State Attorney’s office in keeping it quiet. So, (Chief, Sheriff, etc.), are you man (or woman) enough and honorable enough to acknowledge the existence of a “Code of Silence” or “Thin Blue Line” within your department or are you going to remain a liar by your silence as your guilty profession demands?

Good luck with that, though. Not since pro wrestlers decided to finally go ahead and admit that it is actually fake has such an overt and easily disproved lie been clung to by so many people in spite of everyone knowing otherwise. The Thin Blue Lie will not be displaced by a mass email campaign alone as truly entertaining as some of those responses might actually be.