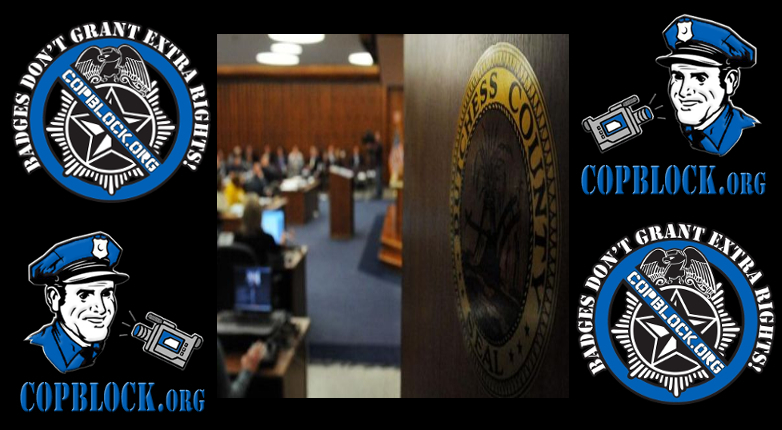 The following post was shared with the CopBlock Network by Robert Lieb, via the CopBlock.org Submissions Page. This details a conflict Lieb had with an ex-girlfriend and, according to him, inappropriate conduct by the responding officer, as well as a failure to investigate his claims in respect to that conduct by Deputy Sheriff Chris Rolison. It also discusses potential preferential treatment of that officer based on his relationship to the mayor of the city (Poughkeepsie, NY) in which the incident took place.

(Note: This post has been edited for spelling, grammar, and paragraph structure, but otherwise is being posted as it was received without any editing of the statements contained within.)

On March 20, 2014, I entered my apartment, of which I had a current legal lease and of course a key, to collect my belongings after discovering my girlfriend, Nona Pawson, AKA Nona Backer, was sexually abusing her own son and attempting to abuse her own daughter. In the process of carrying my box of CDs etc, out of the room, Nona Pawson blocked the doorway to prevent my passage, knocked the box to the ground, and kicked and punched me and my belongings breaking and smashing many items.

Without reacting to appease her attempt to illicit a physical reaction, so she could call the cops as she had threatened (sic). She instead called her son, Tom North, AKA Thomas Hauptner, an obese boy who had a history of violence, to assault me by punching me in the chest and intimidate me by blocking me physically to prevent me from calling the police.

Nona Pawson then called the police stating, “My ex boyfriend came into the house without my permission and is hitting me and my son.” Having the confidence that the police would listen to the truth, I followed Nona Pawson down the stairs to meet the police outside. On the way I saw Nona Pawson remove her bra from under her shirt and throw it in the closet. It turns out that the stories she had told me about the police helping her win over her exes were for the exact reason she proved this day (sic).

We both met the police arrivals while standing side by side on the front porch. Immediately, Chris Rolison screamed at me to put my hands up and turn around. I responded immediately, “with all due respect just because a female calls doesn’t mean she’s telling the truth, if you search me then search her as an equal.” Chris Rolison stepped back silent to re-evaluate the situation. He began to approach Nona Pawson, and I saw him look directly at her nearly bare breasts and nipples protruding against her transparent t-shirt.

He told her to go inside and wait then proceeded to frisk me. He refused to listen to me until the back up state trooper arrived. While forced to sit in my car, I explained to Chris Rolison what happened. During this time Chris Rolison had to yell at Nona Pawson three times to get back in the house and stop running outside screaming, “whatever he says is a lie!” Chris Rolison then told the state trooper to watch me and proceeded inside.

I had to explain the same story over again in detail to the trooper, who said nothing. The trooper and I waited over an hour listening to Chris Rolison laughing inside with Nona Pawson. When he finally came out of the house, he told me to get a police officer next time to act as witness when I remove my belongings. The Dutchess County Sheriff’s Office stated Chris Rolison was incorrect and that, “the officer’s claims to counsel were incorrect and the officer should never have told you that. They do not perform retrievals.”

I reported this falsified report to IAB – Internal Affairs Bureau twice due to neglect of Dutchess County Sheriff Adrian Anderson to act on it. Both responses from IAB were timely and quick and stated that the case was in the hands of Jurisdiction and belonged to Sheriff Adrian Anderson. Not one response was ever received from Mr. Anderson.

It is a Misdemeanor Class A crime to falsify police records as stated on each and every police form. It is also federally illegal for the sheriff in any state to neglect a police complaint. I found that out recently from the Washington DC Lieutenant of Police at the Pentagon. I understand now that during this incident Sheriff Adrian Anderson and Mayor Rolison, father of Chris Rolison, were both running for their political positions.

It is obvious they both covered up the police Officer’s negligence and criminal action to prevent any negative publicity during their campaign.