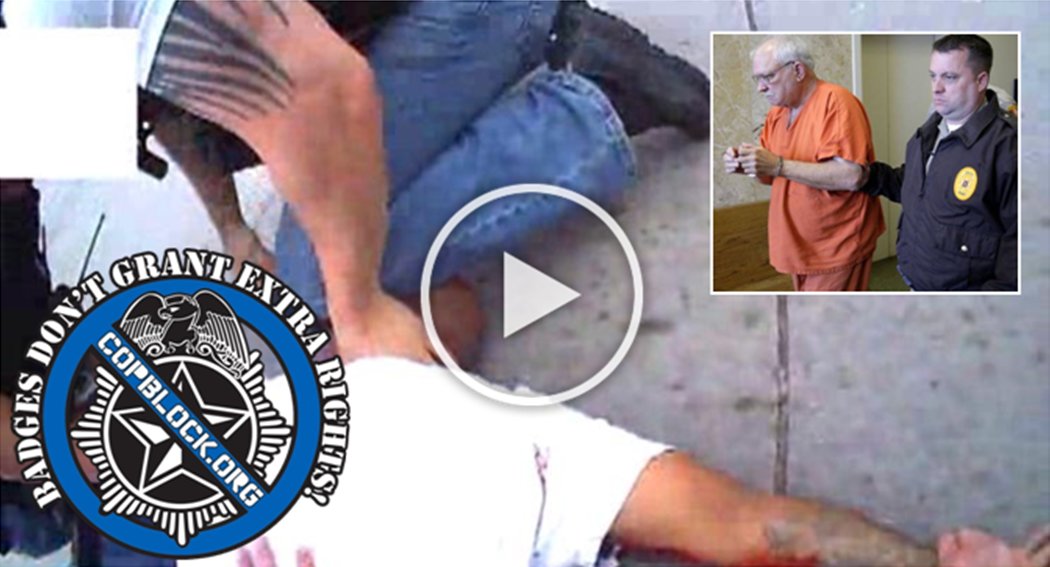 A former Oklahoma pay to play deputy has been sentenced to four years in prison for the fatal April 2, 2015 shooting of Eric Harris in Tulsa.

Body-cam footage recorded from the scene shows officers pulling up to the scene as Harris attempts to make his get away. Officers emerge from their vehicles and pursue Harris on a short foot chase before deputy Bates pulls out his gun and fires a single shot.

“He shot me! He shot me, man. Oh, my god. I’m losing my breath,” Eric Harris says as he lies dying on the ground.

“Fuck your breath,” one officer can be heard saying. “Shut the fuck up!”

Harris is then seen being held down by his neck and head while another deputy screams, “You shouldn’t have fucking ran!”

Bates claimed the ordeal was an accident and that he meant to pull his taser. He can be heard on the video shouting, “Taser! Taser!” before pulling the trigger on his gun.

“I shot him!” Bates says, dropping his firearm. “I’m sorry.”

Following the shooting, officers then called paramedics and firefighters to assist Harris, but he was pronounced dead about an hour later.

Tulsa police Sgt. Jim Clark defended the deputy’s actions saying Harris was “absolutely a threat,” but in April, Bates was found guilty by a jury of second-degree manslaughter.

Bates had several previous use-of-force encounters at the department prior to the shooting. It was also exposed that he was never certified to carry a weapon and that the Tulsa sheriff’s department falsified records so that he wouldn’t have to complete all of his required training.

This brings into question the perverse incentives associated with pay to play policing. The department would rather make money by pushing an improperly trained reservist into the field instead of adequately preparing him to deal with a situation like Harris’.

That ultimately cost Harris his life, and on Tuesday, Bates was sentenced to the maximum sentence allowed by law for his charge: four years in prison.

During the sentencing, Bates’ doctor testified that prison would be a “death sentence” for him because of health issues, but the judge said despite Bates’ age and condition, the sentence was a legitimate and moral consequence of his actions.

Bates’ attorney, Clark Brewster, said he plans on appealing the sentence and stated, “the fact this could be driven to this result based on an accident, to me, we’re in a world that just doesn’t make sense.”