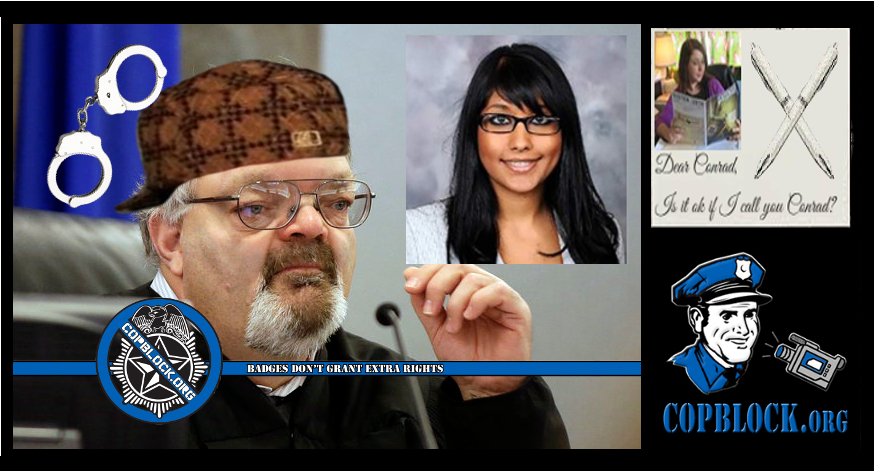 Last week, I posted about a judge in Las Vegas who had ordered a public defender to be handcuffed in the courtroom during a case in which she was representing a man that the judge then sentenced to jail time. According to Judge Conrad Hafen, he did so in order to “teach her a lesson” after Zohra Bakhtary tried to continue arguing her case after he had told her to be quiet.

However, this act by the judge, not surprisingly, caused quite a bit of controversy and no small amount of criticism among other defense attorneys and legal experts. One of the more serious allegations leveled at Judge Hafen was that his actions led to her client being deprived of proper legal counsel. Others have gone as far as questioning whether this is an example of the type of mistreatment women often receive from male bosses.

Following the courtroom incident, Allison Jackson, a public defender from Fort Bend County in Texas has penned an “open letter” to Judge Hafen. This open letter was originally published at the website of the National Association for Public Defense (NAPD), an organization that represents public defenders across the country, under the title, “An Open Letter to Judge Conrad Hafen.”

In this letter, Jackson addresses the criticisms mentioned earlier, as well as bringing up past disrespectful behavior Hafen has directed at attorneys working inside his courtroom and even some previous conduct dating to before he was a judge. Based on her statements in this letter, the judge seems to have several ethical issues and hardly seems like the champion of “court decorum,” that he purports to be as his reasoning for handcuffing Bakhtary. It certainly shines a not too flattering light on the character of Judge Hafen.

Is it ok if I call you Conrad? I noticed that you refer to the attorneys appearing before you by their first names, so I thought, since we’re all officers of the court here, that it would be ok to leave off your honorifics.

Anyway, I don’t know how much you know about Ancient Roman history, but I ask for your brief indulgence. Cicero, one of antiquity’s greatest lawyers, delivered a series of public speeches deriding the cruelty and brutishness of a very powerful man, Mark Antony. Antony, unfortunately for Cicero, was still in Rome, as he had not yet started his consuming love affair with a certain Egyptian monarch. Antony ordered his men to kill Cicero and confiscate his property because he was so embarrassed about the things Cicero had said about him. Cicero knew that he would not be able to escape Antony’s men, and historians tell us that when the swordsman came across Cicero, being carried on his litter to the waterside, Cicero stretched out his neck and did not resist.

Antony took Cicero’s head and hands and nailed them to the podium at the forum, where Cicero had dared to speak against him. Those hands would write no more and that mouth would speak no more.

The funny thing is, the joke’s on Antony. Cicero’s death only emphasized that everything he said about Antony was true- he was a brute and a savage, and Cicero’s head and hands displayed grotesquely in the forum were a public testament to that every day they were on display. The people of Rome turned against Antony, and he ended up killing himself in shame after being defeated in battle by a teenager.

I was thinking about all that while I was reading about your recent decision to handcuff an attorney in your court and put her in the jury box while you berated her client. I’ve never practiced before you, but your record seems to speak for itself. You were a career prosecutor before taking the bench. While you were chief of the Public Integrity Unit (that’s sort of the blind leading the blind, eh?), you filed vague misappropriation charges against a sitting Lieutenant Governor without disclosing that your boss, the District Attorney,  and her husband were hosting fundraisers for the Lieutenant Governor’s political opponent at the same time. The charges were later dismissed by the judge, but only after nearly three years of “investigations” and court settings.

As a judge, you have a history of degrading attorneys in your courtroom, including telling male attorneys without ties that they could either put on a children’s clip-on tie provided by you or have their case put at the end of the docket or rolled to the next day.  I’m sure you thought that was a cute trick, but for a client who is missing work to make a court appearance, that isn’t funny.

And what you did to public defender Zohra Bakhtary isn’t funny, either. Reading through the transcript, the prosecutor barely says a word because he doesn’t have to. You’re better at his job than he is. Bakhtary tells the court that surely there must be some lenience for her client, and at that point you decided to put on a little show for the people in the audience. You say you’re going to go through the history of the case, aloud, so that “everybody in the courtroom knows” how much lenience you feel you’ve already provided. You’re so benevolent.

Bakhtary hadn’t been able to make a single argument. She did what I hope I would have done- try to prevent a judge who sees himself as the judicial branch of the prosecutor’s office from publically humiliating her client before imposing a sentence without listening to mitigation. But you wouldn’t stand for that.

You decided you would humiliate Bakhtary as well as her client. You looked down at the slim, polished young woman in front of you who was trying to tell you something you didn’t want to hear. She was interrupting your show. What did you think? Did you wonder how else a man like you would be able to control a woman like her?

You told the bailiff to handcuff her and forced her to sit in the jury box, silenced, while her client stood before you, next to the prosecutor and without his attorney. When you looked down at her client, was he shaking? Did you feel like a big man when you took away his rights?

Then you went on a diatribe about how he was going to be held accountable in your court. When you finished your rant, and had pronounced the maximum sentence you could, you ordered that Bakhtary should be released, and you remarked that you thought she’d “learned her lesson.”

I wonder what lesson you think that was. I can only assume that lesson you were trying to impart was that she shouldn’t provide zealous legal representation to her clients when the judge is trying to pander to an audience, or you will strip her client of his right to representation and threaten her with contempt charges and shows of physical force.

Maybe it was a broader lesson? Maybe you were thinking you’d like to discourage defenses at all. Maybe you were hoping that the media would take hold of these antics, and you would be able to discourage more bright young attorneys from devoting their lives to representing the indigent. It’s so much easier when it’s just a bunch of pushovers and cronies, isn’t it? Then the stage is all yours.

But the more judges like you do things like this, the more attention is drawn to us, the growing and increasingly united front of indigent defenders who stand up for the rights of the least of our brothers. The more this happens, the more the public gets to see how rigged people like you have made the system, and how badly things need to change.

There’s no light without heat, and these things have been in the dark for far too long.

You should know that there are legions of us, and we are stretching out our necks, waiting.

With All Due Respect,