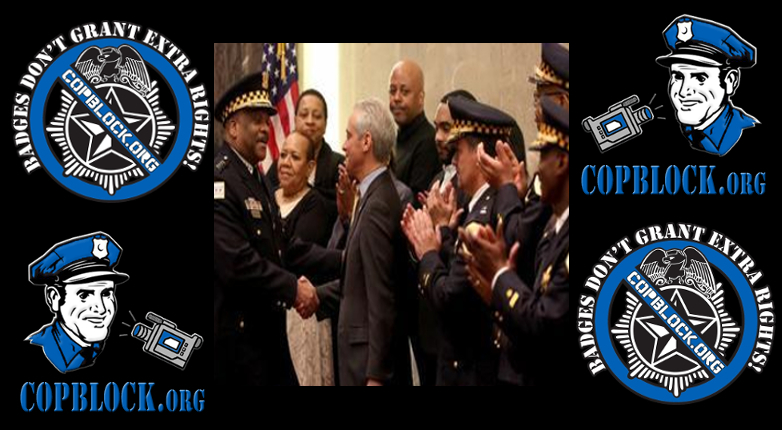 Media pressure on police has hit Chicago PD particularly hard, ignited by the Laquan Mcdonald shooting. Everything’s starting to hang free, from Chicago PD’s off-the-books detention facility, to it’s  perpetual cover ups of wrongdoing. The latter recently provoked Mayor Rahm Emanuel to make a bold consideration, whether or not to scrap the city’s broken accountability board.

Chicago’s Independent Police Review Authority has long maintained a poor reputation amongst the city’s residents. Its investigations into officer misconduct too often are sloth, and rarely result in any disciplinary action. That’s quite the surprise, given how widespread, and consistent, accounts of misconduct typically are. “It is clear that a totally new agency is required to rebuild trust”, Mayor Emanuel wrote in an essay, vague on specifics related to IPRA.

According to Chicago Tribune, more details on Emanuel’s plans will drop at a city council meeting in June. Following Laquan McDonald’s death, shot 16 times by police, Emmanuel created a task force to comb the department for malpractice. It didn’t take them long to issue recommendations, Chicago Tribune reports, alongside a DOJ probe capable of lawfully mandating reforms.

One of the recommendations, in fact, was abolishing IPRA, which itself replaced a similarly criticized predecessor. The mayor’s task force called the review authority’s capacity to investigate misconduct broken “beyond repair.”

Emmanuel’s essay detailed his support for creating a Community Safety Oversight Board, empowering the public to police the police. Other recommendations, Chicago Tribune reports, included creating a new, beefier Civilian Police Investigative Agency. Both the CSOB and CPIA would be interdependent, though with funding attached to the department.

“The devil will be the details”, says Lori Lightfoot, chair of Emmanuel’s task force, “how it will be different (from IPRA) is a fundamental question.” Chicago Tribune reputedly attempted to reach city officials for comment, but were unsuccessful.

The mayor spoke of IPRA to press, acknowledging their important work but submitting it’s lack of public credibility. “We’re gonna have better oversight”, he said, “better accountability, and build this level of trust, rather than distrust that exists. I think that’s going to be an important process.” Police superintendent Eddie Johnson reputedly attended the meeting, but refused to comment. A similar hush-hush atmosphere revolved around Homan Square when it was first publically discovered, and Emmanuel’s silence didn’t go unnoticed. Such a track record only strengthens any lingering skeptisim that his promises will amount to anything, or that a new agency will bring what the people need.

However, even IPRA’s own chief administrator, Sharon Fairley, said the mayor’s proposals embody “important and necessary” steps to reform. Fairley seems to agree with Emmanuel’s point, that effective police accountability is contingent on community trust and cooperation. Since it’s creation in 2007, IPRA’s reputation has been marred by investigations which take years, and routine enabling of malpractice. To their credit, the organization of 90 is challenged with complicated cases, mountains of work, and laws designed to protect police.

“Right now no one has responsibility for doing detailed oversight of the law enforcement infrastructure of the city”, says Lori Lightfoot, Chicago Tribune reports. One may also wonder whether or not a new accountability board’s effectiveness would be affected by it’s funding being tied to CPD’s. Where the funding comes from, as well as who staff’s it’s hierarchy, is just as important as the work itself. Given both the mayor and, of course, the department’s tight lipped dispositions, answers to such questions may come as sluggishly as IPRA’s investigations. An apparatus working for and operated by civilians sounds promising, utopic compared to the current state of things. Only time will tell, however, pending Emmanuel’s appearance before Chicago’s June 22nd city council.