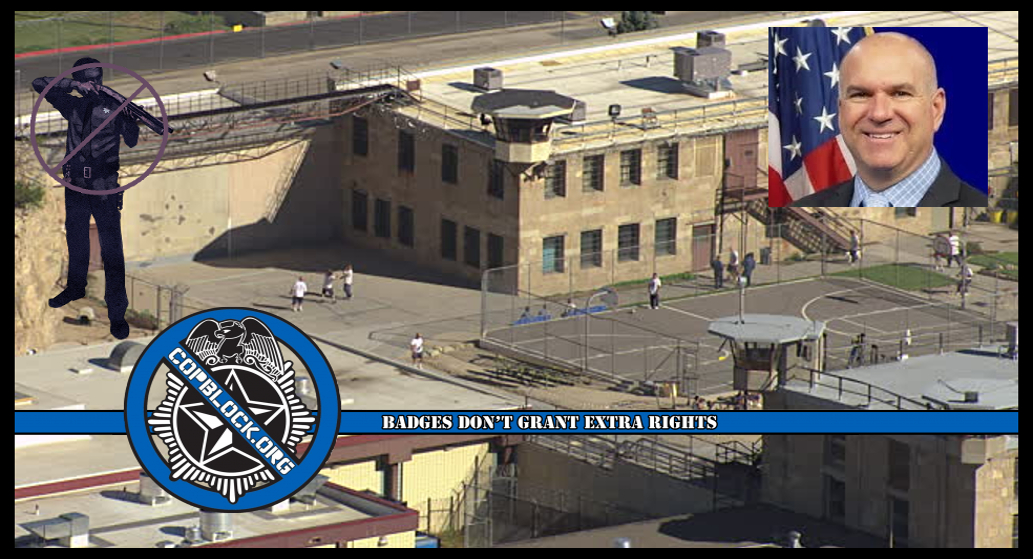 As I’ve reported here on CopBlock.org in several posts over the past year, the use of shotguns loaded with birdshot has come under scrutiny recently in Nevada prisons after a high-profile case in which an inmate was killed after a fight with another inmate. The family of that inmate, as well the family of the other inmate, who was also shot but survived, and others have made claims that the fight was instigated by guards intentionally in order to allow for the shooting.

In April, James Dzurenda was appointed to take over as the director of the NDOC. Prior to this, he worked in the corrections department in New York and was the DOC commissioner in Connecticut. During that time, he drafted the use-of-force policy for New York State.

In a recent interview with a local NPR affiliate in Nevada, Dzurenda has indicated that one of his first moves as the state DOC director will be to suspend the use of shotguns loaded with birdshot within Nevada Prisons. Previously, the NDOC had indicated that they would not accept the recommendations of experts who had stated shotguns should not be used by prison guards included in a report prompted by the most recent shooting and other similar incidents. However, although he states that he thinks that he feels it’s unnecessary, he seems reluctant to actually stop their use permanently, instead specifying that it is a temporary ban.

The interview also touches on Nevada’s “unique” prison culture and use of guns within those prisons. Dzurenda also indicates that he wants to focus more on rehabilitation and “reintegration” of prisoners being released back into society. plus, he wants more money (surprise!) and he thinks you can help him get it.

Via KNPR.org in Las Vegas:

Throughout history, however, Nevada has developed a unique prison culture. Huffington Post recently published an in-depth story about the use of guns inside Nevada’s prisons following the High Desert State Prison incident, and the sub-headline says it all: “Guards inside prisons shouldn’t have guns. That’s pretty much an accepted fact. Except in Nevada – and the results are mayhem and death.”

When interviewing writer Dana Liebelson, she told KNPR that Nevada’s use of guns inside its prisons “is highly unusual.” Skolnik said he agreed with her – to an extent.

“When I left, Nevada had the lowest rate of correction officer to inmates in the United States,” Skolnik said. “I don’t anticipate it’s gotten any better. If anything, it’s probably gotten worse.”

Is Dzurenda possibly wondering what he’s gotten himself into? Maybe. But he’s not shying away from tough questions about the state of the Nevada’s prisons. In fact, Dzurenda’s interview with KNPR was a first – former director Cox and interim director McDaniel never responded to multiple requests for interviews for the past few years.

One of his first orders of business, he said, is stopping the use of birdshot (the pellet-style ammunition that killed Carlos Perez in 2014) at least temporarily.

“To me, I don’t think it’s necessary,” Dzurenda said. “I’m not saying it’s going to be eliminated, but I’m going to temporarily take it offline because I think there are better things out in the world today we can use to control inmate populations.”

These things include non-lethal rounds of ammunition such as bean bags, rubber or plastic.

Dzurenda is more concerned, however, with programming inside correctional facilities – and considers an inmate’s first day at prison what should be the first day of reintegration efforts.

“If you take a snapshot today, and you don’t arrest anyone ever again, there’s 13,500 inmates in the system right now and 88 percent of those have less than 20-year sentences,” Dzurenda explained. “That means 12,000 of those offenders are released into our community pretty soon – that’s if you arrest no one.

“No matter how we feel about an offender, they are going back into the community. If we don’t funnel resources to do better for them, we’re just going to re-victimize our communities.”

As Skolnik noted, however, getting the money and resources together to have proper programming for inmates is no walk in the park. So how could Dzurenda do what his predecessors could not?

Constituents. Dzurenda may not be a political candidate – but getting the constituents to care about the people being put back into their communities might be able to get the ears of their represented politicians.

You can listen to the entire interview here on KNPR’s site.