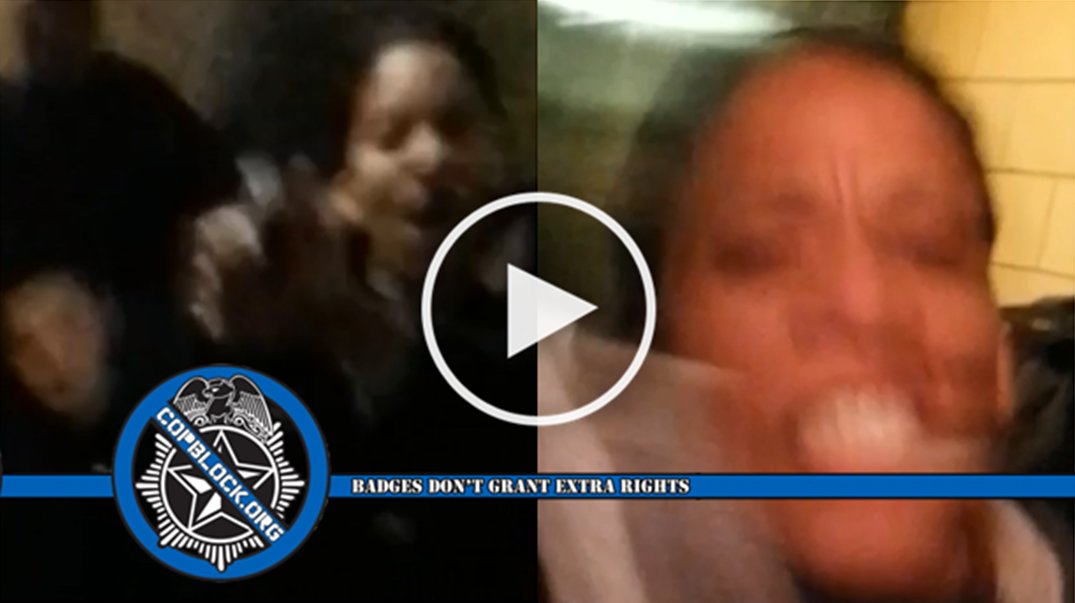 Video has emerged showing an NYPD sergeant pointing her firearm at a Brooklyn man who was recording her with his cell phone before snatching it out of his hand and busting into his apartment to arrest him.

Sgt. Diana Pichardo is now facing disciplinary action after David Rivera reported the incident to the department’s Civilian Complaint Review Board. The board viewed the video and determined the cop also searched Rivera’s residence without a warrant.

Rivera, 45, was watching a movie with his girlfriend on March 8, 2015 when he heard a disturbance in the hallway outside his apartment at the Marlboro Houses and opened his door to investigate what was going on.

Once outside, Rivera saw three neighbors fighting with cops and began recording what was occurring with his cellphone. After Pichardo and other officers arrived on the scene, the sergeant is seen in the footage pointing her gun at Rivera and yelling, “Get the fuck out of here!”

Rivera responds by saying he lives there and tells Pichardo, “Don’t point that gun at me!” before he is ordered by another cop to go back inside his apartment.

Still recording from inside his doorway, Rivera is then seen in the footage being rushed by Pichardo who yells at him, “Give me the fucking phone, motherfucker!” as she grabs it away from him.

According to reports, officers then pulled Rivera out of his apartment and handcuffed him before numerous cops were filmed by security cameras ransacking the residence without a warrant in front of Rivera’s frightened girlfriend.

Rivera was arrested on numerous felony charges and was held in police custody for 43 hours before he was released without seeing a judge. The Brooklyn district attorney’s office would latter decline to prosecute him in light of the video.

This isn’t the first time Pichardo has faced scrutiny. The 13-year-veteran has been a defendant in 20 federal lawsuits in which New York City has paid out nearly $400,000 to plaintiffs.

A spokeswoman for the NYPD said a disciplinary case against Pichardo for the most recent incident is “ongoing” and that her lawsuit history has been reviewed by the department. Union lawyers for the sergeant have made no comment on her behalf.

The video is the second to emerge in recent weeks showing an NYPD cop pointing a gun at an onlooker for filming. Late last month, footage showed a Harlem officer Risel Martinez menacing bystanders and then punching one of them in the face. He was stripped of his badge and gun.

“I think many police officers fear the camera and attempt to stop the recording because they’re concerned it’s going to be used against them,” Rivera’s lawyer, who plans on filing a federal lawsuit in the case, Jason Leventhal said. “It was clearly unlawful when officers grabbed Mr. Rivera’s cell phone, arrested him, and entered and searched his apartment.”