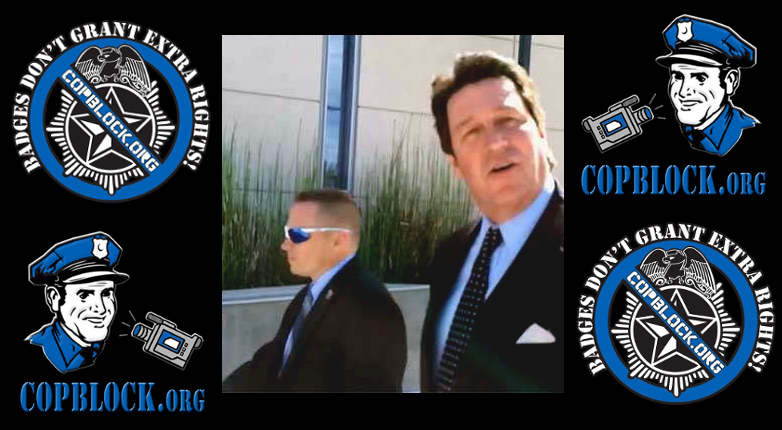 In May, Officer James Lescinsky became the latest in a growing number of Las Vegas school cops to be implicated in a violent crime and/or official misconduct. Lescinsky, while employed by the Clark County School District Police in North Las Vegas, is accused of assaulting both a student and a school staff member with his police baton in May of 2015. He’s also accused of slamming the student into a wall and onto the floor. Additionally, he has been charged with falsifying his report and lying to cover up his actions.

On May 26, Officer Lescinsky made his initial court appearance and pled not guilty to five federal charges. In addition to the assault charges and the charge of falsifying an incident report, he’s also charged with tampering with a witness by asking them to lie and support his story.

Neither the student nor the staff member, both of whom are female, have been identified publicly.

Via the Las Vegas Sun:

A Las Vegas-area school police officer pleaded not guilty Thursday to federal charges alleging he attacked a student and a school staff member and tried to cover it up.

James Lescinsky, 45, appeared before U.S. Magistrate Judge Peggy Leen, who let him remain free ahead of a July 26 trial, but ordered him to surrender personal weapons and return his police equipment to the Clark County School District.
Lescinsky has been suspended from his district and police duties, a district spokeswoman said…

An indictment alleges that Lescinsky struck and injured the female staff member with a police baton, and unlawfully assaulted the student by hitting her with the baton and slamming her into a hallway wall and floor.

Lescinsky is accused of lying when he said the student was combative and that the student and staff member were wrestling; of falsifying incident reports; and of trying to persuade a witness to provide a false account of the incident.

Convictions on the five charges could get Lescinsky decades in prison. I wouldn’t hold your breath based on the theory that he could get “decades in prison,” though. I can almost guarantee you he’ll get the typical Policeman’s Discount. He isn’t likely to spend even a day in jail once they give him a plea deal for some dramatically lesser charge involving a very hard slap on the wrist and some probation time.