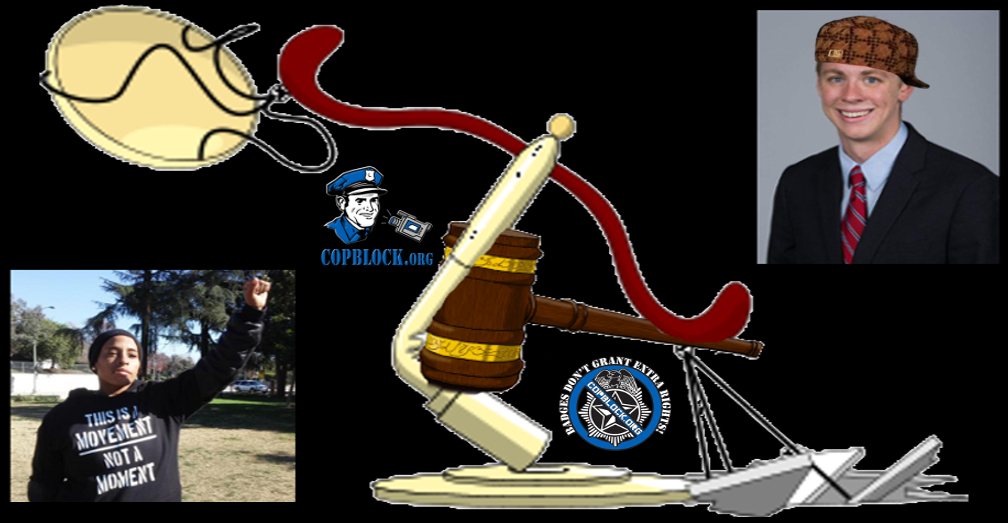 Yesterday, a protester with the Black Lives Matter movement was sentenced for the charge of “felony lynching” after being convicted last week. The charging of Jasmine Abdullah, whose legal name is Jasmine Richards, with a crime that was originally intended to prevent white vigilantes from murdering black arrestees had already caused an uproar.

Now that she’s been sentenced, the disparity between the penalty handed down to her and that of another recent high profile case involving a well connected white athlete has generated even more outrage. Abdullah was sentenced to three months in jail, while Brock Allen Turner received six months for raping an intoxicated woman. Both of them were sentenced to the identical three year term of probation for their dramatically different offenses.

Abdullah was convicted of attempting to pull another black woman away from the custody of police as they tried to arrest her for not paying her check at a restaurant. Many have maintained that this was really just an opportune use of a law that was intended to protect black people from race based murders to punish someone who was an activist against race based murders by the police.

Police say they arrested Abdullah after she and other activists rushed officers and a patrol car. Prosecutors argued Abdullah and her friends were trying to free someone from police custody, a felony offense under a law that was initially conceived to protect Black arrestees from seizure by lynch mobs.But Black Lives Matter national communications director Shanelle Matthews says Abdullah wasn’t arrested for what she’d done in the park that day, but rather for her activism. Abdullah is the latest in a string of California-based activists who have been arrested under the same criminal statute. “We know that Jasmine was targeted. We know that the Pasadena police harassed Jasmine, they followed her around the neighborhood,” Matthews says. “What we’re seeing is a very thoughtful and nuanced attack from lawmakers on Black Lives Matter organizers.”

“That is what it conveys, both for the relationship with the Black community, but actually generally in the community,” Matthews explains. “Black dissent becomes a bell weather, a canary in the mineshaft for the rest of society.”

The crime Abdullah was convicted of was called “attempted lynching” until about a year ago, when California governor Jerry Brown signed a bill amending the name to remove any reference to lynching. He approved the change after Black Lives Matter Sacramento activist Maile Hampton was charged with the crime, amidst similar accusations of political profiling. The felony charge against Hampton was later dropped, which means although Abdullah is not the first Black woman to be accused of the crime, she is likely the first Black woman to be convicted of it.

Matthews says the entire episode is an example of the vicious cycle of mistrust, police impunity and imprisonment that Black Lives Matter activists have been talking about since the movement’s inception. What it means to try to stop the police from arresting someone – the crime Abdullah was convicted of – changes radically when a community feels it can’t trust the police, she says.

“We know that police cannot always be held accountable to return detainees safe and unharmed and alive,” Matthews points out. “So we know the implications of this or that when we’re living in a time in this political climate where we can’t trust the police to be accountable to the people, to protect and serve for our collective safety, then removing a person from police custody can be a matter of life and death.”


Meanwhile, on the northern end of the state Brock Turner was sentenced for raping an unconscious women behind a dumpster on campus at Stanford University. A judge disregarded the prosecution’s request to sentence Turner to six years in jail for the violent and predatory sex crime. Instead, he is expected to be released after just three months after credit for “good behavior.”

The fact that the judge is a former athlete at Stanford, one of the most prominent universities in the nation, and that both he and Turner are white men from wealthy backgrounds has not gone unnoticed. In fact, the focus on the hardship a rape conviction will create in Turner’s life and disregard for what his victim has gone through and will go through the rest of her life has created a rather large uproar in its own rite.

The sympathy displayed by Santa Clara County Superior Court Judge Aaron Persky in justifying his lenient sentence and a letter written by his father discussing the “suffering” and future opportunities Turner will lose have both garnered huge amounts of outrage. In particular, the characterization by Dan A. Turner, Brock’s father, of the rape as “twenty minutes of action” and as a non-violent act in a letter he read to the court, has been criticized heavily.

Critics say the sentence was too lenient, arguing that yet another college athlete’s wrongdoings were treated lightly at the expense of a female sexual assault victim.

Gorin said the sentencing in this case is outside the norm in his decades-long experience as both a  sex crimes prosecutor in L.A. County and as a defense attorney.

“It is very unusual to have probation in a forcible rape case,” Gorin said. “His background and no record was a major factor. I cannot think of a similar local case where a defendant convicted by a jury of such a violent crime avoided prison.” The standard sentence for those crimes is six years, he said.

“That is what I’d expect him to receive,” Cooley said.

Prosecutors, he said, have the right to appeal the sentencing decision, but reversal by an appeals court on the grounds of abuse of discretion is rare.

Anger over Turner’s sentencing escalated after Stanford University School of Law professor Michele Dauber released excerpts online of a letter Turner’s father penned to the court. Dauber has launched a campaign to oust Persky from the bench, saying “we need women judges who understand rape is not ‘a mistake’ and the law applies to athletes.”

Dan A. Turner wrote that his son’s and family’s lives had been completely altered because of the verdict. “That is a steep price to pay for 20 minutes of action out of his 20 plus years of life,” he wrote.

The near identical sentences for a poor, minority female essentially convicted of inconveniencing the police and a wealthy, white male caught in the act of violently raping an unconscious woman handed down within the same state and less than a week apart certainly doesn’t quell criticisms of the political system’s bias against the former and in favor of the latter.

You don’t exactly have to be a mathematician to put two and two together on this one.

#brockturner father: son not “violent” only got “20 mins of action” shouldn’t have to go to prison. @thehuntinground pic.twitter.com/IFECJs687b

.@CNNAshleigh: We will spend most of this hour sharing a rape victim’s letter to her attacker https://t.co/PPDPXNIkFm