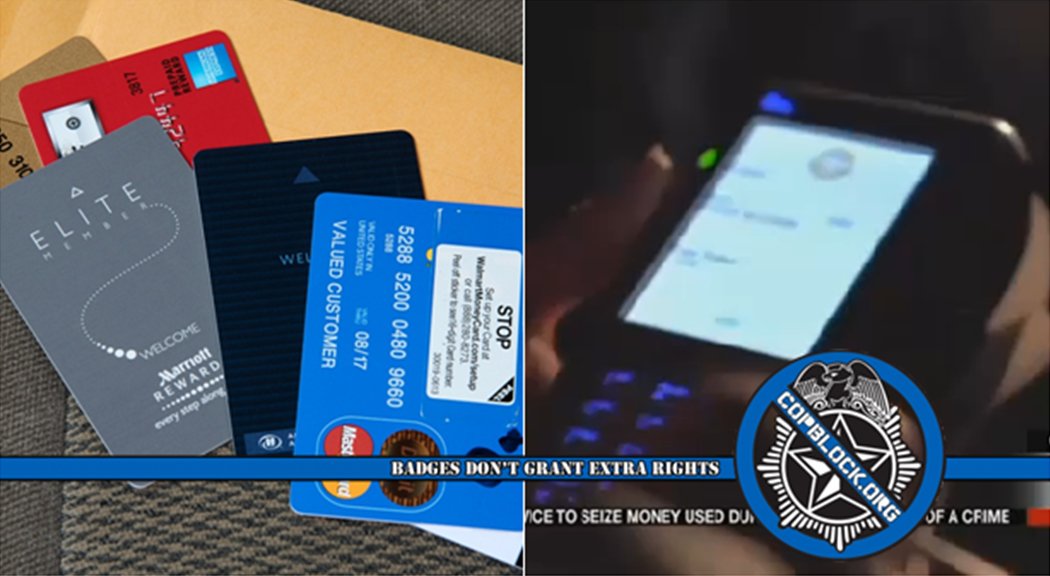 Civil asset forfeiture has gone digital in Oklahoma with the state’s highway patrol now utilizing an electronic device that allows them to seize money from bank accounts and prepaid cards.

Civil-asset-forfeiture has become a key revenue generator for state and local law enforcement agencies nationwide. Under federal and state law, citizens can be deprived of their property and cash if police merely allege they are involved in criminal activity – even if no charges are filed against them.

Property owners are then left having to prove a negative, reversing the burden of proof, that their property or cash was not gotten by criminal means before it is used to fund police departments and governments.

The device now being used by the Oklahoma Highway Patrol to electronically snatch money is called an ERAD, or Electronic Recovery and Access to Data machine. The state police agency began using 16 of them last month.

Using an ERAD is simple. A trooper need only deem that a motorist or citizen has money tied to some type of criminal activity. All that needs to be done then is a scanning of bank debit or prepaid cards. Any money on the cards is then in the possession of state police officers.

“We’re gonna look for different factors in the way that you’re acting,” Oklahoma Highway Patrol Lt. John Vincent said. “We’re gonna look for if there’s a difference in your story…If you can prove that you have a legitimate reason to have that money it will be given back to you.”

A contract made by the state of Oklahoma with ERAD Group Inc. for the devices illustrates the symbiotic relationship between government and the corporate world when running such a scheme. The contract shows the company receives 7.7 percent of all cash the highway patrol seizes.

Use of civil asset forfeiture has exploded in recent years. In 2014 alone, police took $4.5 billion using the statutes, surpassing the cost of all burglaries made that year, $3.9 billion, according to the FBI.

Police in Oklahoma are notorious abusers of the property grabs and have earned a grade of D- in the Institute For Justice’s Policing For Profit report. According to the Institute, police in the state have received almost $99 million from the sale of forfeited property between 2000 to 2014 (an average of around $6.6 million per year). Seventy-two percent of that amount came directly from seized cash.

One of the most publicized cases in the state occurred in April, when Muskogee County officers seized $53,249 in cash from a Christian rock band after stopping their tour bus for a broken tail light. After the media began reporting on the story however, and the public reacted with outrage, the money was returned.

That prompted Oklahoma politicians to began looking into forfeiture. Republican State Sen. Kyle Loveless has now promised to put forth legislation that would require officers obtain a conviction before taking property or cash. He has cited multiple incidents of cops abusing the current process.

Until any comprehensive measure is passed in the state, ERAD will continue to sell its reader to more local and state police agencies. Residents of the state beware. Being pulled over in Oklahoma means the real possibility of having your bank account emptied by men with guns.