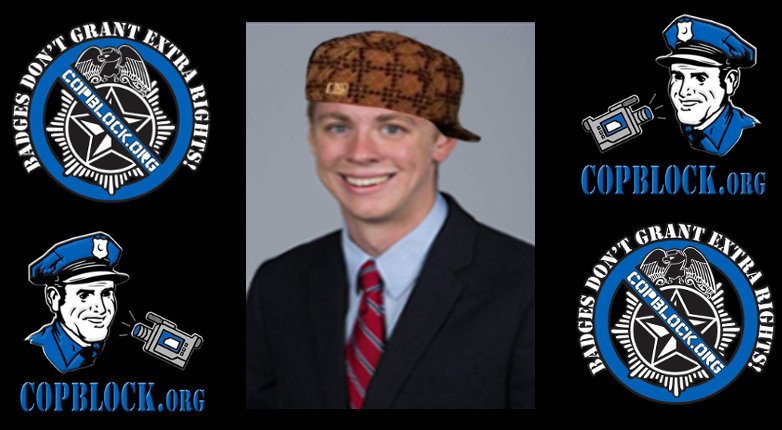 This post was written by Nick Ford and originally published at the Center For a Stateless Society (C4SS) under the title “Brock Turner’s Lenient Sentence is a Feature, Not a Bug.” Previously, I also personally blogged about the leniency of the sentence and the role favoritism within the judicial system played in that leniency on the CopBlock Network in a post, which can be found here. Posts and other content you think are worth sharing with the CopBlock Network can be sent in to us via the CopBlock.org Submission Page.

In the post below, Nick discusses the mere six month sentence that Brock Turner, a student and prominent athlete at Stanford (his victim was actually not a student, contrary to what is stated below), for the rape of an unconscious woman on campus. It is expected that Turner will actually spend only three months in jail due to receiving credit for “good behavior.”

While this has caused much uproar and commonly been referred to as a “flaw” in the judicial system, nick points out his commentary that the leniency of Turner’s sentence is really a result of the way that system is constructed, not an error within it. Additionally, Nick discusses how the system fails the victims of crime, even when their victimizers receive a more appropriate sentence.

Links to previous posts by Nick Ford that have been shared on the CopBlock Network can be found at the bottom of this post. If you appreciate the things Nick has written, you can support him directly here.

Brock Turner’s Lenient Sentence is a Feature, Not a Bug

(CW: This article will include discussions of rape and sexual assault)

On January 18th, 2015, Brock Turner was discovered on top of an unconscious woman. The woman had her underwear removed and her dress pulled up and Brock was making sexual advances on her. Brock had been discovered by two students at Stanford, where Turner and the woman also went. The students were able to apprehend Turner before he could get very far.

In early March of this year Turner went on trial and received a 10 year sentence after being found guilty of three separate felonies. These felonies included intent to rape and sexually penetrating someone with a foreign object.

A judge named Aaron Persky has recently decided that Turner’s lack of criminal record, the amount of alcohol involved and Turner’s lack of general threat to society were mitigating factors. Thus, Persky decided that 6 months with probation and registering Turner on the sex offender list was a more just sentence.

This has understandably caused much outrage among people, with many feeling like the punishment doesn’t fit the crime as the judge gave undue leniency to Turner because of their shared background.

Turner himself is white, a prestigious Stanford student and a once well-respected athlete.

All of these facts are something the media situates this story around constantly. There are multiple articles on The Washington Post and all of them spend ample time discussing how this will affect Turner, but little on what it has done to his victim. Turner’s friends and family have also at times written victim-blaming material for the judge, which evidently helped Turner’s case.

Privilege and empathy are also two-way streets as White points out, “Judges might be able to empathize with having to quit their beloved college, but how many can empathize with a defendant who lost a minimum-wage job because they couldn’t make bail?”

But all of the empathy in the world can’t change a fundamentally broken system. White is correct to denote the serious flaws in the current justice system but doesn’t take his critique far enough. This is understandable given that White himself is a criminal defense attorney and thus likely believes, to some extent, that the system can be changed from within.

This hope, while understandable, is misguided and treats the system as something that can be reformed should we have the right combination of policies, judges and laws in place. But obtaining such a mix of circumstances is difficult as those who are harmed the most by it (as White points out) have the least amount of power to change it.

The criminal justice system offers little to no restitution to the victims and promises the punishment of putting rapists in places where rape is a widespread phenomenon. And although the desire for justice on the part of the victim and others is warranted, there should be caution in using prison as the answer for social ills.

Prisons do not teach that rape is an unjustifiable violation of an individual’s autonomy. Instead, they teach people that it is a way of life and survival within a violent and corrupt environment. Prisons reinforce rape culture and entitlement culture because prisons privilege and benefit rapists and would-be rapists.

As many commentators have noted, the own victim’s 12 page letter to Turner has done much more to fight rape culture than locking another rapist in prison. And as legal scholar Dean Spade notes, the prison is the rapist, which makes using prisons as a way to rehabilitate rapists problematic at best.