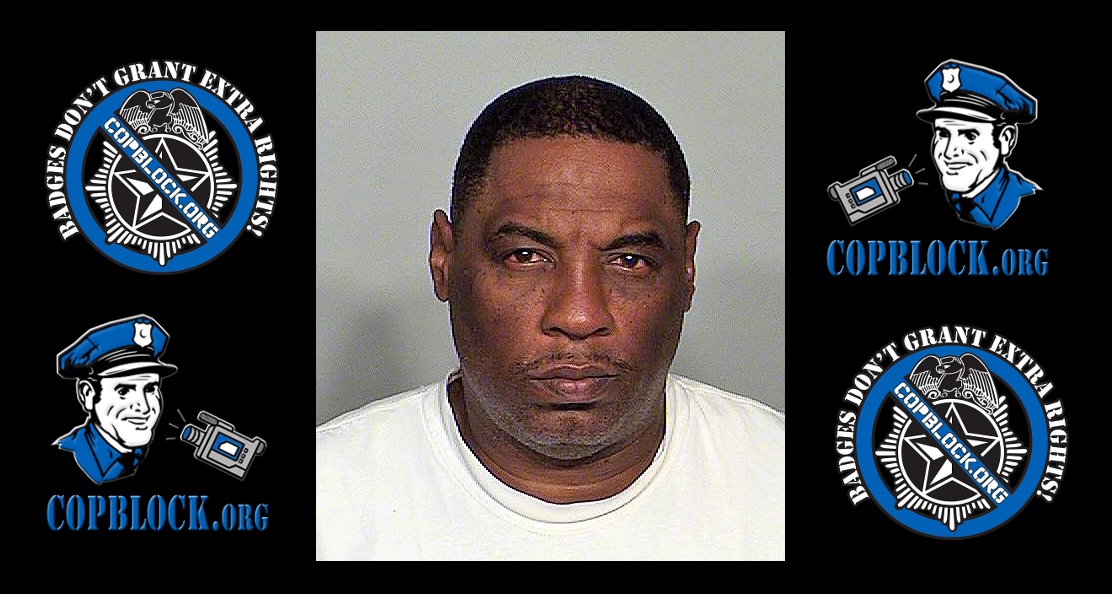 Robert Moore, whom I had previously posted about his having been arrested in December on what was at the time referred to as a “prostitution related crime,” was arrested yet again and charged with involvement in an unlawful prostitution related activity. According to KLAS-TV 8, the local CBS affiliate in Las Vegas, his previous charge was for engaging/soliciting for the purpose of prostitution.

Much like his first arrest, few details were released regarding the current charges Moore is facing. However, a month after the December arrest, the arrest report was released and the details in that report were a little weird.

Metro Police say Officer Robert Moore picked up a prostitute on December 23, 2015. Moore and the prostitute then allegedly went to a nearby abandoned building.

Officers say they found Moore with the prostitute with her clothes partially off and a crack pipe in her pocket. The woman told police earlier she and Moore read the Bible and talked about having intercourse. Moore gave her $55 and a bag of crack for sex, according to the arrest report.

Officers say they found a wrapper and condom; Moore told them he put a condom on, but never intended on having sex.

(Because putting a rubber on is usually something people not intending to have sex, but instead just engaging in a half-nekked bible study meeting, do.)

And of course Moore tried to get off (no pun intended) during that first arrest by showing them his Shiny Badge and telling them he was a corrections officer. Unfortunately, it didn’t work for him then.

It’s not clear yet whether he gave it the old college try again this time, too. Presumably, he wasn’t wearing his Magic Suit either time.

For the record, the problem isn’t that Moore was engaging in weird and sorta creepy sex games with a prostitute or even that he was supplying her with drugs and potentially doing drugs himself. The very obvious problem is that he locks other people doing the same things (along with prostitutes) into cages for a living beforehand.