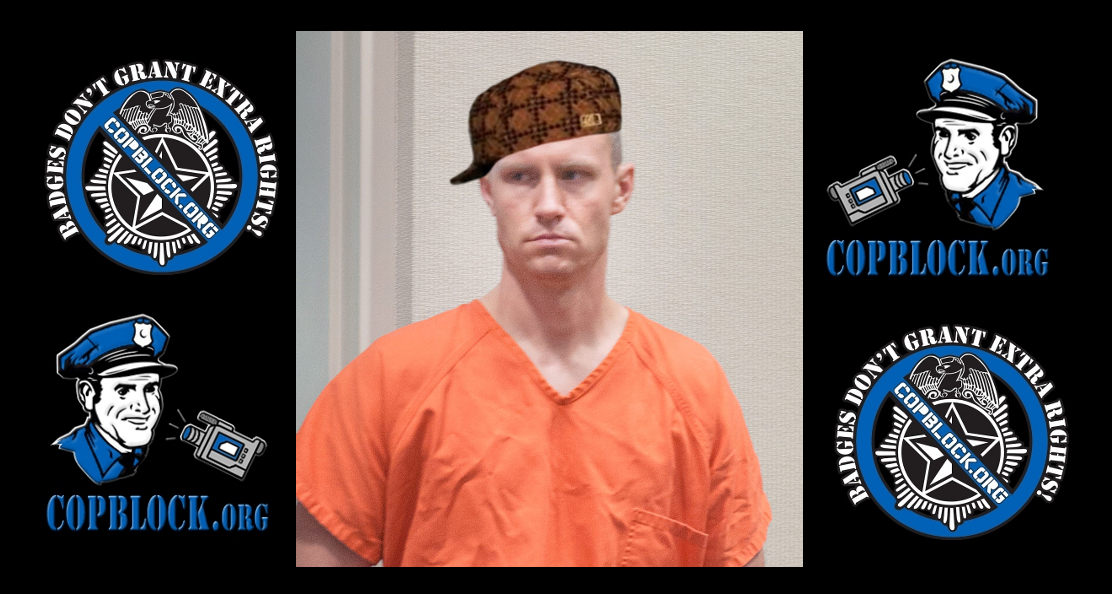 Officer Jerad Gale, the 2014 Officer of the Year for Champaign County, Illinois, has agreed to accept plea bargains in a string of sexual assaults that will allow him to serve just six months in jail. He was arrested just three months after the ceremony in which he was given that Officer of the Year award.

The victim in the Monticello case sat a few feet away from Gale as she read her victim impact statement Thursday. Gale sat at the adjoining defense table, set in an L-shape against the state’s table, staring at her without showing any expression.

“The state can’t give me back what you destroyed, but they can make you sit in this room and not interrupt me when I’m talking to you,” the victim said, as she sat between Piatt County State’s Attorney Dana Rhoades and Assistant State’s Attorney Elizabeth Dobson. “They can prevent you from inflicting further destruction upon my being.”

She said that his actions took away her confidence, friends, mental health and voice, but worst of all he took her body from her.

She said she cared for her body, treasured it, and screamed at him that night that she did not want him to touch her.

“You killed a part of me that day,” she said. “You killed my sense of safety. I will always be afraid now.”

The young woman said that during the legal process she had to endure “endless questioning about an evening that I see as the vilest mark on my life.” She had to hear from people who told her she was a liar, or made public comments that she was “out for money,” or for attention.

“Why else would a woman seek justice for being raped?” she said.

Four victims came forth against Gale, including one whose case was not prosecuted, because it occurred several years earlier.

She was slated to testify at the Champaign County trials, along with the other victims.

In the plea deal, Gale agreed to plead guilty to aggravated criminal sexual abuse in the three cases. Part of the agreement is that the sentences will run concurrently. So, he will serve just over five months in jail after credit for time served and then will serve four years probation and be required to register as a sex offender. The excuse for the leniency given in the sentencing of Officer Gale was that it would prevent the victims from having to testify and because rape cases are hard to prosecute. While that might be true, the idea that the best deal they could come up with to avoid that would be one in which he serves serves just six months for four different sexual assaults is pretty hard to believe.

In fact, there has recently been very extensive (and very valid) criticism throughout the country of the six month sentence Brock Turner received for committing a single rape.