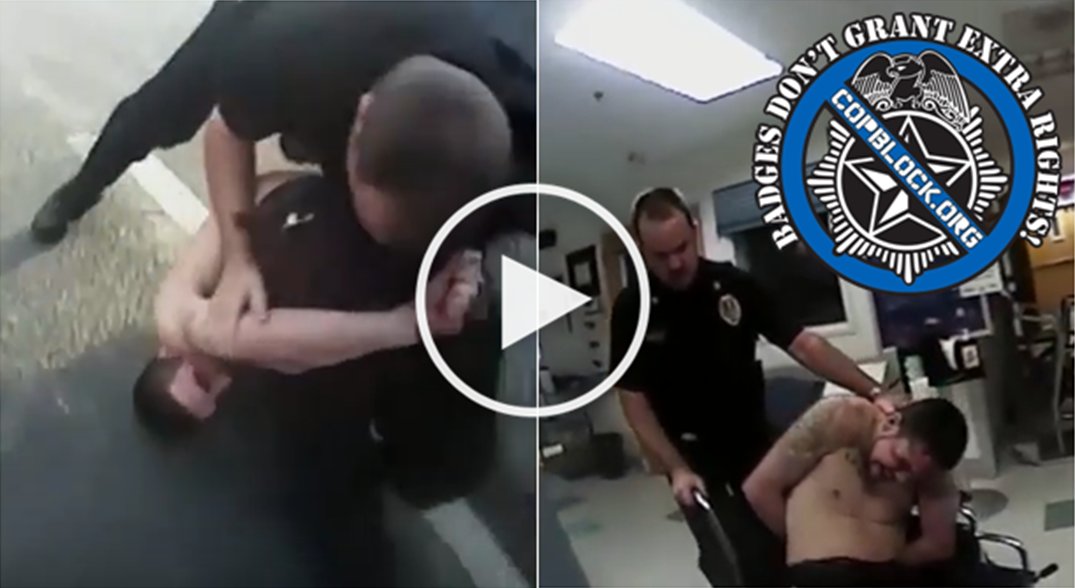 Body-cam footage has been released showing an incident in which Colorado police officers left an MMA fighter paralyzed without feeling below his upper chest.

Donovan Duran, 24, was arrested on December 7 by La Junta cops outside his father’s home after family reported him being drunk and disorderly. It was the third time in the course of four days that family had called police for such disturbances.

The two previous times, Duran was taken to the hospital by cops before being released without being charged with any crime, family said. He was also not charged in the incident in which he became paralyzed.

The footage of that encounter first shows Duran willingly being handcuffed and placed into a police vehicle. Secondary footage then shows La Junta police sergeant Vince Fraker yanking him out onto the pavement outside Arkansas Valley Medical Center where he lands awkwardly on his head.

Fraker and another officer, John McMillian, then drag Duran towards the emergency room entrance while telling him to, “stand up.” Duane is seen shaking his head no, and the cops retrieve a wheelchair.

After placing Duran in the chair, he immediately slumps over his knees motionless and Fraker grabs him and forces him to sit upright while grasping his neck. Duran is then wheeled into the hospital where he is moved to a bed.

Once in the hospital, Duran said that staff did not believe him when he complained of neck pain and that he was unable to feel his legs. As a result, he was dropped to the ground unable to stand.

“[A hospital staffer] picked me up real fast,” Duran said. “He got me all the way up to my feet, and I remember him being behind me. He had me by my waist and he just let go. I was dead weight. It was a hard fall. I remember my legs being two separate directions – like noodles dropping. I was like a sack of potatoes.”

In April, a grand jury found that while Fraker was responsible for fracturing Duran’s neck, but it wrote that fact “cannot be the basis of any criminal charges,” and refused to indict him and McMillian.

A federal lawsuit was filed in Denver against the city of La Junta and Fraker on Monday by Duran’s attorneys seeking unspecified damages for injuries and medical costs. It alleges that “Fraker’s use of excessive force… was outrageous and shocking to the conscience, in violation of Duran’s substantive due process rights.”

The lawsuit also claims, “La Junta police department training of officers does not include proper training in responding to calls involving persons in crisis or with obvious mental health problems, including use of force policies and de-escalation strategies.”

According to a La Junta public safety department spokesperson, an investigation into the encounter is still underway by an outside agency and the officers involved could still face disciplinary action.

Warning: Invalid argument supplied for foreach() in /home/copblock/public_html/items/ebay-function.php on line 85