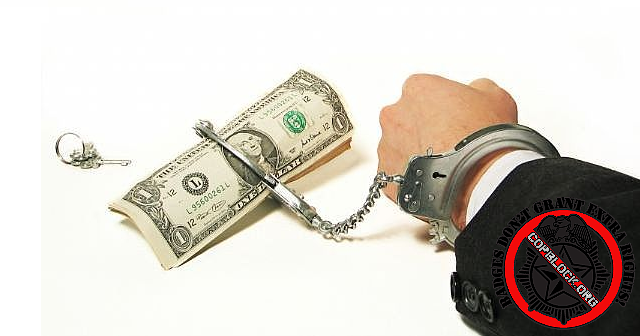 Earlier today I saw a link on Facebook that advertised Student Loan Forgiveness For Law Enforcement. So I decided to investigate and see what those claims amount to, and if somehow police were pretty much getting a free ride through an education in destruction. The answer is, well, sort of.

To begin with, the federal program that actually does forgive loans for law enforcers also forgives loans for all government employees at every level, as well as those in the non-profit (a very misleading term) sector. So while police officers are eligible for student loan forgiveness, so are teachers, DMV clerks and the gremlins that mark your tires in advance of parking enforcers.

The next thing to consider is that student loan forgiveness plans do not forgive the entire debt. They forgive any debt not paid off after ten years of regular payments. But considering that many people have racked up student loans that they will spend thirty years paying off, that could add up to a pretty good chunk of money.

Yet unless you got a specialized policing degree, unlike most officers in the field today, or you went to school for something that you turned out not being very good at and fell back on policing after you realized your mistake — you probably did not end up spending that much on an education.

Every law enforcement agency has its own set of requirements, ranging from a high school degree to a 2-year associates degree, for entry level positions like patrol officer. Most agencies hire patrol officers, the men and women you encounter on the streets, who have completed a police academy training program. Those programs average 19 weeks of training before you can trade a certification for a gun and a badge, and will only set you back an average of $6,500. Which is not going to take more than ten years to pay off on any loan schedule.

So while the good news is that the taxpayers and private sector will not be footing the education bill for the average law enforcement officer, the bad news is that it requires less time and effort to become a cop than it does to become a cashier at McDonalds. With those kind of standards, is it any wonder corruption, abuse and incompetence by police make headlines across the country several times a day?

On top of that there are still millions of government employees who will inflict those costs on the rest of us. This includes more advanced police work, where a greater amount of education is required, like forensics. It also includes the cops who got a degree that they are not using in their line of work. And, in fact, there are probably thousands of English or art history majors doing some clerical work for the government who will have their debts paid by taxpayers and the private sector for an education that benefits neither that individual nor the public in any way whatsoever.

Meanwhile there are millions of people struggling under student loans who contribute to society in far more productive ways, who will spend their entire career paying off not just their own loans, but those of some law enforcement agents and other government employees. That is on top of their salaries, benefits and retirement packages; which are generally far greater than the average private sector employee receives.

As of August 2015 employees at every level of government numbered in at roughly 21,995,000 people, compared to only 12,329,000 in the manufacturing sector. Only one of those groups actually creates wealth, while the other feeds from it. And so if you wonder what happened to our economy, or why more people are becoming poor and some turn to crime to survive, there is your answer. It is not that we need more protectors, it is that that top down government protection racket has cost us our prosperity, as well as our freedoms and liberties.

So next time you run across a private sector employee, be sure to thank them. Their paddling is all that is keeping this boat from going under completely.