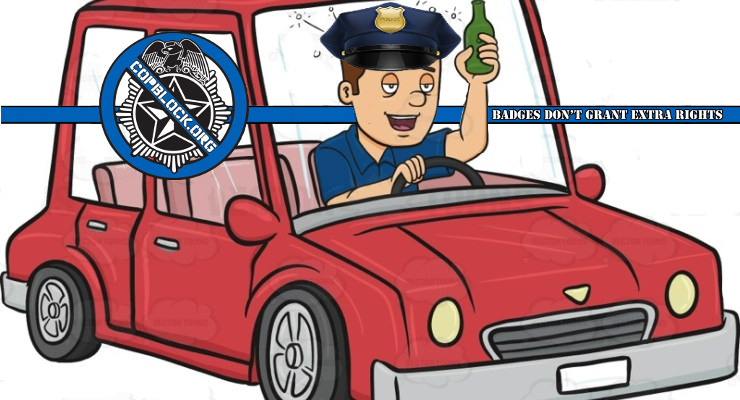 Deputy Stephen Miller, of the Palm Beach County Sheriff’s Office,  has  been caught at least three times driving while drunk. In his most recent incident he was found in his car, which was in gear at the time, “loudly snoring … and smelling of a strong odor an alcoholic beverage.”

An unnamed officer who found him also described Deputy Miller as “discourteous, disrespectful, clearly intoxicated, uncooperative and belligerent.” In spite of all that and the two previous times he had already been stopped driving while drunk, the Good Cops who responded called his girlfriend, who is also a Hero working for the West Palm Beach Police Department, and had her drive him home, rather than arresting him.

In each case, reports showed Miller had a gun with him, and officers determined he was too drunk to drive.

In each case, Miller was not arrested and officers arranged for him to get a ride home.

After the third instance, the Sheriff’s Office conducted an internal affairs investigation.

Their report said Miller told the officers in Palm Beach Gardens they should, “Cut me a break … We are all brothers.”

A representative from the Palm Beach Gardens Police Department declined to comment on why Miller was never arrested.

So, in spite of driving drunk multiple times while armed with a gun, both of which are very much illegal, Miller was never arrested or in way held accountable criminally, like anyone else who didn’t have a Magic Suit and Shiny Badge would be. Instead, the Bad Apple was just driven home. However, after this latest incident he was finally (third time is the charm, apparently) given a 10 day suspension. That’ll teach him.

Deputy Stephen Miller was expecting preferential treatment and he got it, in spades.