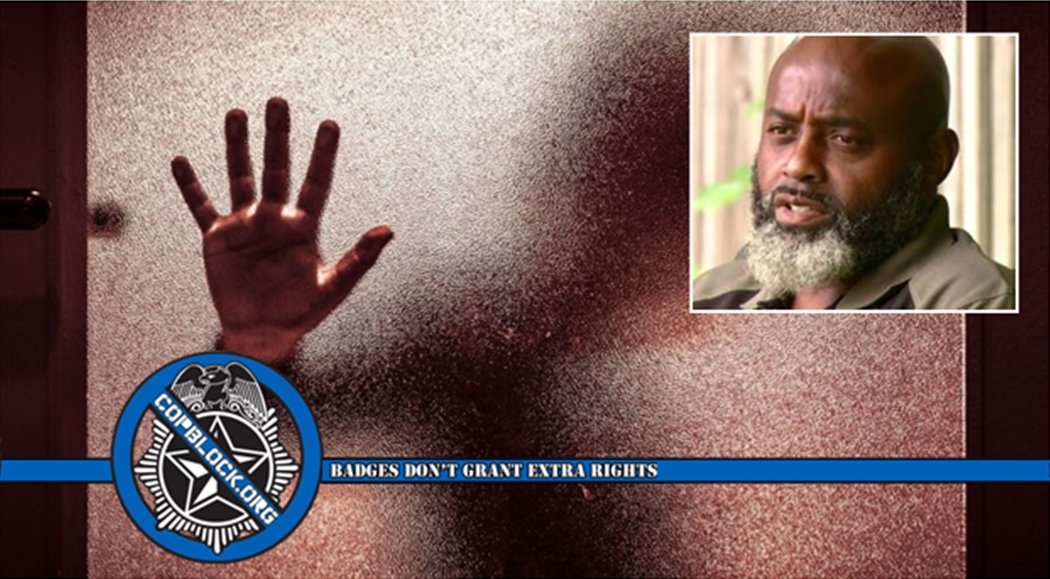 A Maple Heights, Ohio man that was punched by an East Cleveland police officer during a traffic stop and then locked in a closet for four days without food, water or a toilet, was awarded $22 million by a jury late last month.

Arnold Black said in a lawsuit that he was tailed by Det. Randy Hicks in an unmarked car after he left his mother’s for dinner on April 28, 2012 before Officer Jonathan O’Leary pulled up behind him and ordered him out of his truck.

Black was then handcuffed and sat on his hood while Hicks ransacked his vehicle, pulling out door panels in an attempt to find drugs. According to the lawsuit, Hicks asked Black why he was driving through his city and then punched him in the temple for no reason as O’Leary stood by.

While Hicks continued to punch Black in the face, O’Leary propped him up so the blows could land more effectively, the lawsuit said, and the two officers then took Black back to the East Cleveland police headquarters.

Once there, Black said he was locked in a storage closet with no food or water for four days, where he was forced to urinate and defecate in lockers during his stay while having his family kept away from him.

According to the lawsuit, an officer allowed Black to use his cellphone to call his girlfriend on the second day of the ordeal, but would not allow her to see him when she came to the police department telling her, “you can’t see people that are under investigation.”

Black was eventually taken to the Cuyahoga County Jail, and one month later, prosecutors dismissed drug charges that had been filed against him after officers failed to produce evidence during the discovery phase of his trial

Black’s attorney, Rob DiCello said in order to conceal what they had done, the cops fabricated an arrest report using the picture on his drivers license instead of his mugshot that showed his bloodied face.

According to DiCello, Hicks testified on behalf of Black in the civil case and corroborated the allegations against himself and the department. The jury verdict came on May 31 in Cuyahoga County Common Pleas Court, and Black received $10 million in compensatory damages and an additional $12 million in punitive damages.

Following the verdict, East Cleveland Law Director Willa Mae Hemmons said she believed the verdict won’t stand and filed an appeal with the Ohio Supreme Court asserting that the lower court had lost jurisdiction in the case.

“The verdict is over the top,” Hemmons said. “Tamir Rice died, and the family only got $6 million. This guy is walking around.”

DiCello said Black is in uncharted legal territory regarding the $22 million verdict considering East Cleveland is on the verge of financial default, but the attorney stated that he believes his client will be able to collect at least part of the award.

“We do believe we have an excellent claim for the $10 million,” DiCello said. “The importance of this verdict is not in the money we collect, it’s in the message, the powerful message that the jury sent, that this kind of conduct will not be tolerated in Cuyahoga County.”

Officials say that both Hicks and O’Leary are no longer employees of the East Cleveland Police Department.