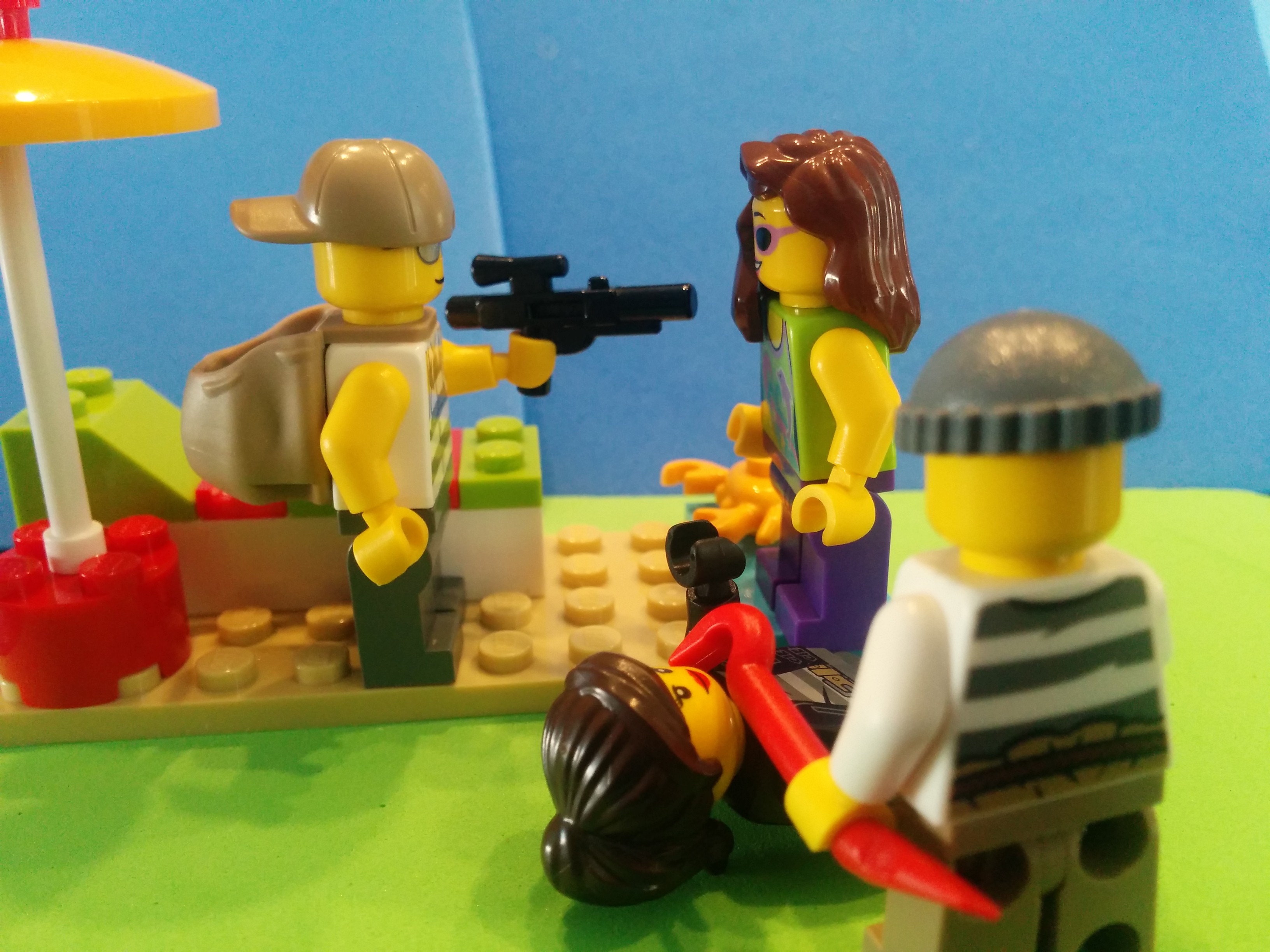 I have been writing for Cop Block since 2010, and as such, have been keenly aware of police abuse issues and the manner in which the American system of laws often prevents justice from being served. While most Americans have been calling for more government, policing, and surveillance to combat crime and terrorism, Cop Block has consistently rejected fear-mongering and expansion of the police state.

Yet, at some point, reality and intellectual honesty must prevail over preconceived agendas.

I was not aware of this before, but after mindlessly absorbing obviously non-biased, and very reliable mainstream news, and undertaking extensive internet research, I have been enlightened and educated about a particularly violent group of people. They account for 98 percent of people arrested for forcible rapes and make up the majority population of prisons and jails. They comprise 80 percent of people who are arrested for violent crime and 90.5 percent of people convicted for homicides in the United States (see here). Shockingly, this is not only the case in the United States; it is universally true these people commit more crime.

THESE ARE FACTS, PEOPLE! The group of people to which I refer is MEN, and they are very dangerous. Yes, there might be some good men out there, but NUMBERS DON’T LIE!!! Furthermore, if there truly are “good” men, what are they doing about stopping the violent ones from flooding prisons, filling jails, and coming into this country?! I realized I am actually married to one, and to my knowledge, he has not once reported his radical, extremist, fellow males to the FBI or CIA!

Do not be fooled by the placid appearance of your brother sitting peacefully playing video games, or your harmless husband wearily watching an episode of The Wire, or the warm demeanor of the darling old man who lives next door. You might be moved by their claims: “Those men don’t represent us,” and “Not all of us are violent,” but are we really to believe these “good” men are not aware their fellow men are out there indiscriminately raping and killing? Why haven’t more of these so-called “good” men come out to renounce manhood, masculinity, and male identity, if they truly oppose such violence? The numbers and the news PROVE they have a cultural violence problem, and I’m not afraid of being politically incorrect to say it! I’m not sexist! It’s just the truth! Individual responsibility has been the backbone of American success, but when it comes to national security, it is much safer to ascribe collective responsibility to masses of people with no regard to actual individual actions.

While people have been pointing fingers at the handful of Muslims and dirty hippies, the real peril has been lurking in every corner of America this entire time. Compared to Muslims and dirty hippies, men are a far greater threat. They make up approximately half of society and indeed, are the biggest menace to America. A rogue Muslim in the United States who kills people on the rare occasion is a minor problem in comparison, as they comprise merely one percent of the population. A dirty hippie’s obscene obsession with nag champa, sandalwood, and Birkenstocks is surely an unbearable nuisance. The peril posed by Muslims and hippies is paltry compared to that of men. Men make up about half the population. They commit 90.5 percent of homicides, and are essentially mass murderers. Even setting aside murder and rape, domestic violence is a persisting problem with men all over the world.

Men have infiltrated every aspect of American life. They fill the ranks of the Senate, the House, the military, the police forces, and pretty much every other institution of force and power in this country. Did you know that every single American president in the history of the United States has been a man? This has reached crisis level, and something must be done, before American culture and values as we know it are completely eviscerated by these violent people. They already constitute half the population and will stop at nothing until they have genocided every last one of us!

The fact it is in men’s biology and they cannot control possessing penises is irrelevant. Genes and biology have nothing to do with morality. Science has now shown a genetic basis for risky behaviors such as drinking and promiscuity (here and here). That does not stop society from judging drunks and sluts; similarly, biology should pose no obstacle to impugning men and their violent and murderous propensities.

Thus, we need to institute a registration program identifying these backwards, radical people with penises. For starters, NO MEN should be allowed to come to this country. Look around you. Do you know any men? Do you live with one, or multiple men, even? What have you ever done to ensure they do not commit murder, rape, or mayhem? I did not previously understand the appeal of Donald Trump, but I completely get it now. Fuhrer Trump recently proposed that Americans who do not report their suspicious neighbors should be “brought to justice” – and I can only assume this references criminal prosecution. President Obama is also on board, having asked Muslim Americans to “root out” the radicals in their ranks. I could not agree more with either of these great leaders, except I believe this approach should be applied to the biggest threat to American security – men.

As Trump so eloquently states:

Trump also added, “If it can be proven that somebody had information about any attack, and did not give this information to authorities, they must serve prison time.” My one suggestion to Fuhrer Trump is – why stop at Muslims if men are the real threat? If we apply stringent measures to all men, it would presumably include the “terrorist” Muslim men as well; such a policy would serve as a necessary and bulletproof catch-all.

In sum, I now understand the importance of heavy policing, and support providing as many resources to police as possible to combat these terrorists by increasing surveillance, monitoring, and prosecution of men. Of course, the details may be difficult when it comes to certain situations –

Some of these factors may be burdensome to measure or gauge, but let us not get lost in the trivialities and be needlessly concerned with “civil rights,” “privacy,” “due process,” “freedom,” or similarly foolish concepts. In the end, the goal is to leave no boxers or briefs unturned – find every last penis in America and ROOT THEM ALL OUT! Then, and only then, will we be able to sleep soundly at night.

We must do whatever it takes to protect Americans and  keep this country safe. If nothing else, won’t someone please think of the children? Although Mr. Trump might have reservations because the sweeping policies I propose would affect him substantially on a personal level, I’m sure he will understand, as he appears to be a righteous man with the best interests of the collective at heart.