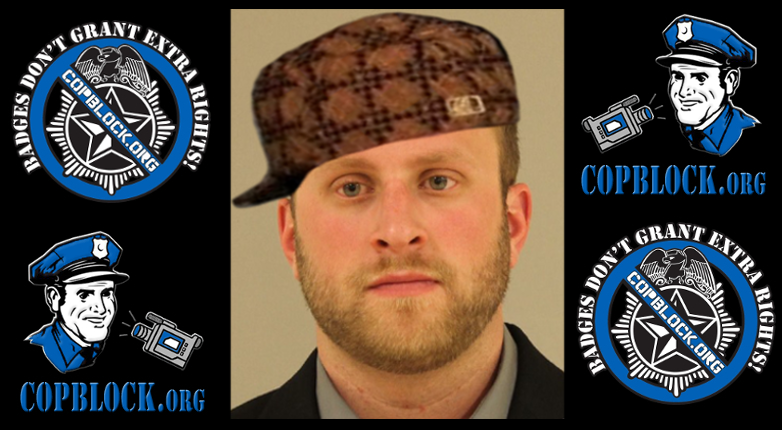 Prior to that previous conviction for third degree criminal sexual conduct, he was a Grand Rapids police officer.

Part of that plea deal, in which he agreed to plead guilty to “possession of child sexually abusive material” and to a charge of using a computer to commit a crime, included that he would serve his sentence at the same time as the previous sentence he received in the case involving his ex-girlfriend.

In other words, he won’t be receiving any sort of actual punishment for admitting to having a relationship with an underage girl and then sharing pornographic pictures of her with other people.

Unlike this case, after Officer Bruggink’s previous conviction for raping a woman he had been dating, he didn’t receive much of a Policeman’s Discount, as is typical.

During the sentencing hearing (see videos embedded below), he sobbed, begged the judge for mercy,  and apologized for getting drunk and driving to his victim’s house as well as for not “holding himself to a higher standard.”

One thing he didn’t apologize for though, was for forcing his way into her house and then raping her. That part must have slipped his mind.