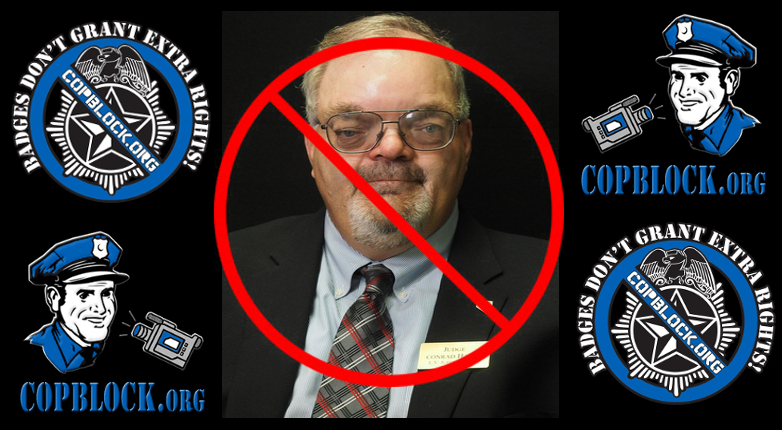 Justice of the Peace Conrad Hafen, who created an uproar last month when he ordered a defense attorney to be handcuffed during a trial in order to “teach her a lesson,” is now an ex-judge. He was defeated by a landslide in the Nevada primary elections, which were held on June 14th.

Amy “JoAnne” Chelini, who has served primarily as a defense attorney during her career, defeated Hafen and third place finisher Phung Horton Jefferson receiving 62.4 percent of the vote. Since she received better than 50 percent of the vote, Chelini won outright without needing to participate in the November general election.

Chelini actually won by close to 40 percent over Hafen’s 24.87 percent, so how much of it was due directly to the handcuffing incident is unknown. However, Hafen’s treatment of Deputy Public Defender Zohra Bakhtary received attention nationally. Some critics had even pointed to it as an example of larger issues women face when working for male bosses.

In addition, it shined a spotlight on his previous behavior toward lawyers appearing in his courtroom. The timing of it certainly couldn’t have been helpful for him.

Among other things, he had been accused of degrading lawyers by forcing them to wear children’s clip-on ties if they showed up without one. Other times he was said to have allowed his ego to negatively affect defendants that had to take time off from work by rescheduling their cases when their attorneys had not properly jumped through his arbitrary hoops.

Regardless of that, he was expected within local media to retain his position and a campaign to have him recalled had begun in anticipation of that. Obviously, that won’t be necessary now.

In the run up to the election, Hafen had touted his experience and knowledge of the law as reasons to vote for him. Meanwhile, Chelini had criticized him for “just throwing everybody in jail” stating that the department he oversaw lacked common sense. Based on that, it doesn’t sound like Hafen’s attitude was any better toward defendants appearing in his courtroom than it had been for the lawyers.