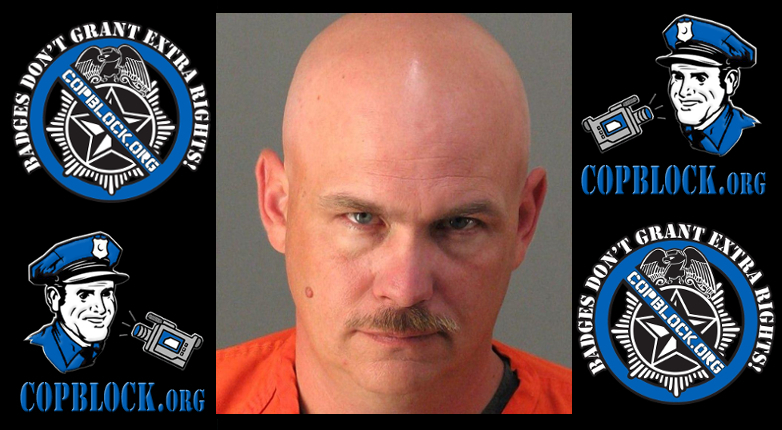 I’m pretty sure that’s how it goes anyway. But even if not, a cop in Alabama did a great job of illustrating how appropriate that version would be.

According to reports, he was arrested for pepper spraying a cop from another precinct after getting into some sort of dispute while attempting to pick up records at that precinct. He’s been charged with “use of a noxious substance.”

Shaun Deane of the Birmingham Police Department had come to the other officer’s precinct looking for a report, according to WBRC. An angry Deane allegedly threatened to put the other officer in a body bag.

“This officer opens up his cannister, his holster for mace and pulls his mace out and puts it in my face,” the unidentified victim said in an interview with WBRC. “I look at him and I made a statement to him. Told him he’s not gonna do anything and before I could even get my statement out he had already applied the spray to my face…”

“There were some questions whether it was intentional or horseplay, but regardless it was inappropriate behavior that was a violation of department policy,” Sgt. Bryan Shelton told the local ABC affiliate. “An investigation was conducted and disciplinary actions were taken.”

The second officer told the station he was “blown away” by what happened.

“I couldn’t even wrap my mind around what was really happening,” he told WBRC. “I could possibly be able to process the situation if it would have been a citizen, but this was a fellow officer. It took me to a place in my mind that I couldn’t even process at that time.”

The online reports don’t actually say why Officer Deane was angry. However, cops do tend to be angry pretty much all the time and often for random reasons that don’t make any sense to normal people. So, there’s no guarantee that a logical explanation exists for his motivation.

BTW, Deane is accused of putting his hand on his gun prior to using the pepper spray. If you really want to hammer home to yourself just how cray cray (that’s a medical term, look it up) some cops are, watch the video embedded below where the officer who was pepper sprayed is being kept anonymous, including having his physical appearance and voice altered to avoid potential retaliation.