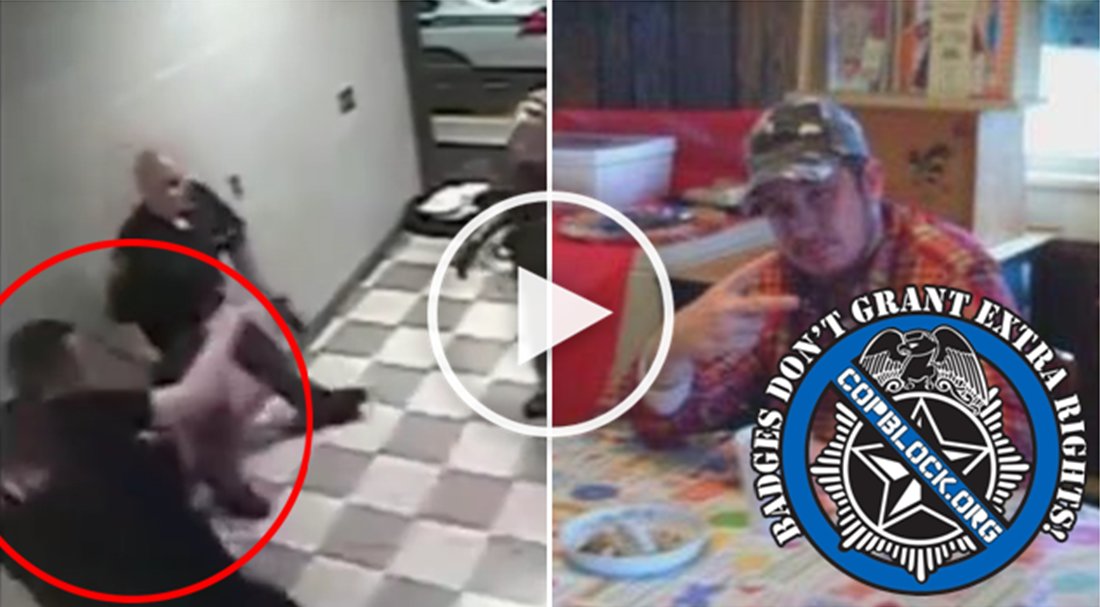 A Knox County, Ohio deputy sheriff was cleared by a grand jury on Friday despite video of him slamming a developmentally disabled man to the ground at the Knox County Jail, killing him.

Thirty-three-year-old David Dehmann, who suffered from Asperger’s Syndrome, Tourette’s Syndrome and Autism, was seriously injured by deputy Chase Wright – and then died from his injuries two days later in the hospital.

Dehmann had originally been taken into custody for alleged public intoxication, was transported to a hospital, and then released on April 21, 2015, but was arrested a second time for alleged persistent disorderly conduct while he was still intoxicated.

The Knox County sheriff’s office said at the time that, “while Dehmann was in the jail’s intake area he became aggressive with the jail staff making an aggressive move towards Deputy [Chase] Wright. Mr. Dehmann did attempt to hit Dep. Wright in the face, causing Dep. Wright to place Mr. Dehmann into a takedown hold, taking him to the ground to get control of him.”

Once control was gained, police said, it was found that Mr. Dehmann had hit his head on the floor during the incident. Dehmann was transported to Knox Community Hospital Emergency Room by Mount Vernon medics for a medical evaluation, where he later died.

Video from inside the jail shows Dehmann being patted down and searched before he is led away to be processed. As he walks by one officer he points at him and then comes to Wright and points at him as well.

Wright is seen responding on the footage by smacking Dehmann’s hand away from him and the developmentally disabled man then extends his arm toward the deputy’s face with his finger tips stretched out. As a result, Wright picks Dehmann up off the ground and slams him onto his head.

Following the incident, Wright was placed on administrative leave but has since been brought back on desk duty outside of the jail. An internal, departmental investigation into the matter could still yield disciplinary actions against the officer but the jury decision on Friday of “no bill” means he will not face criminal prosecution.

Knox County Prosecutor Chip McConville said the evidence showed that Wright had done nothing criminal when he used the take-down to control Dehmann, and cited an Ohio Bureau of Criminal Investigation probe that showed that Dehmann had been drinking heavily and was taking prescribed blood thinners.

Blood thinners make individuals more susceptible to bleeding from injuries, but Dehmann’s autopsy – which was handled by the Franklin County coroner’s office – lists his cause of death as “undetermined.”

Dehmann’s family said their loved ones medical conditions were known by local law enforcement officers and would have made it difficult for him to interact with and understand them.