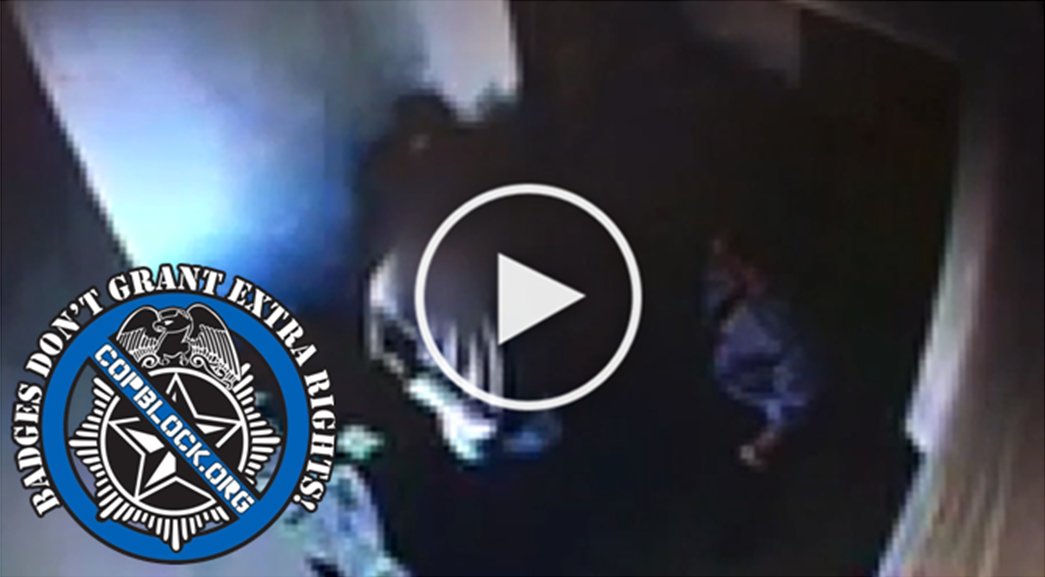 Video has emerged showing four California probation officers brutalizing a teenager inside a holding cell at one of Los Angeles County’s juvenile halls.

The beating commenced after the teen is seen throwing things at the door on April 24 while he is inside the cell alone. The probation officers escalate the situation by entering to confront the boy as a supervisor oversees them.

The teen does not appear to be a threat and is seen speaking with the officers. The video is without sound so it is unclear exactly what was said, but almost immediately, one of the officers is seen pushing the juvenile down onto his bed.

The officer then begins punching the teen in the face as the other officers pile on and start pummeling him as well. The supervisor stands by and does nothing while the boy is assaulted.

Occurring at L.A. County’s Barry J. Nidorf Juvenile Hall in Sylmar, the incident is now under investigation after sources from inside the probation department leaked the footage to WitnessLA.

L.A. County juvenile facilities had been under close watch by the Justice Department for years because of overcrowding and excessive force complaints. Reforms were implemented but whistleblowers like WitnessLA editor Celeste Freman say they did little to remedy problems.

“There is still a culture of brutality against juveniles, and they are very upset about it,” Freman said. “There is no reason for this kind of force – ever, under any circumstances, even if you have a riot.”

L.A. County Probation Department chief, Cal Remington, said he takes mistreatment of juveniles very seriously and has turned over the case to the District Attorney’s Office who will determine whether criminal charges will be filed against the probation officers.

“We hold our staff to a very high standard. We have zero tolerance for mistreating the juveniles in our care,” Remington said. “And while I can’t really comment on an ongoing investigation, this matter is being thoroughly investigated, and we take matters of this nature very, very seriously.”