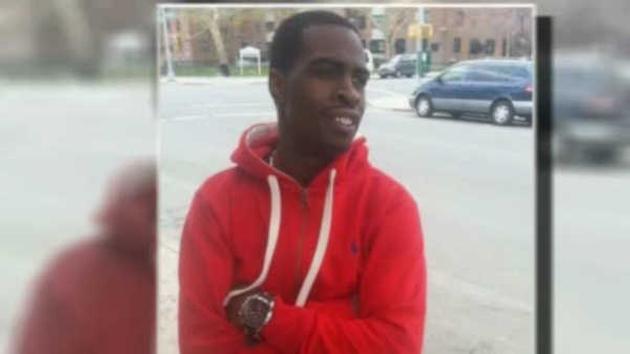 Officers responding to a shotspotter alert in the Bronx, New York, shot Rashaun Lloyd 31 times after they claim he waved a 9mm handgun at them. According to police they had no choice and opened fire on Lloyd after he started walking towards them. Neighbors and residents had also called the police about a man discharging firearms.

“The suspect then starts to walk towards the officers, pointing his gun at them. Three officers fired a total of 31 shots, some of which struck the suspect,” says NYPD officer Larry Nikunen.

Others believe that their force was excessive and had their not been such an overwhelming response, Lloyd may still be alive today.

“They could have shot him in the arm or leg, somewhere where he could drop and still be alive. 31 shots is ridiculous,” says the suspect’s friend, Ivy Vasquetelles.

According to the victims family. Rashaun Lloyd also suffered from mental health problems. His mother said he was held in Rikers for two years after being convicted of robbery. Rashaun always maintained he never committed the robbery but was never the same after being locked up.

My son was supposed to be on meds, and I don’t know if he was taking them. I haven’t seen him in a few months, she said.

Was Rashaun Lloyd in the middle of a mental health breakdown and in need of professional help, or were his intentions with the pistol to hurt anyone who crossed paths with him?

Whatever his intentions were it would appear that Rashaun needed professional help. The police have negotiators and mental health professionals that they employ for exactly these reasons. If their intention wasn’t to kill Mr. Lloyd why would they approach in such an aggressive manner? It doesn’t seem right that they wouldn’t consider alternative options to lethal force and the residents of the Bronx deserve more from the people who claim to act for their protection than a hail of bullets and a cheap explanation

At this time no video is known to exist and that is unfortunate as the realities surrounding this young man’s death will remain a mystery with the only narrative being that of the people who were responsible for his death in the first place. It is for this reason and many others that it is so important to film every police encounter. At the very least film every interaction that you are involved in, if everyone did that the police wouldn’t be able to get from one side of town to the other without a camera on them. This impromptu blanket of transparency will serve to prevent officer abuse and provide victims and their families the evidence to fight back.