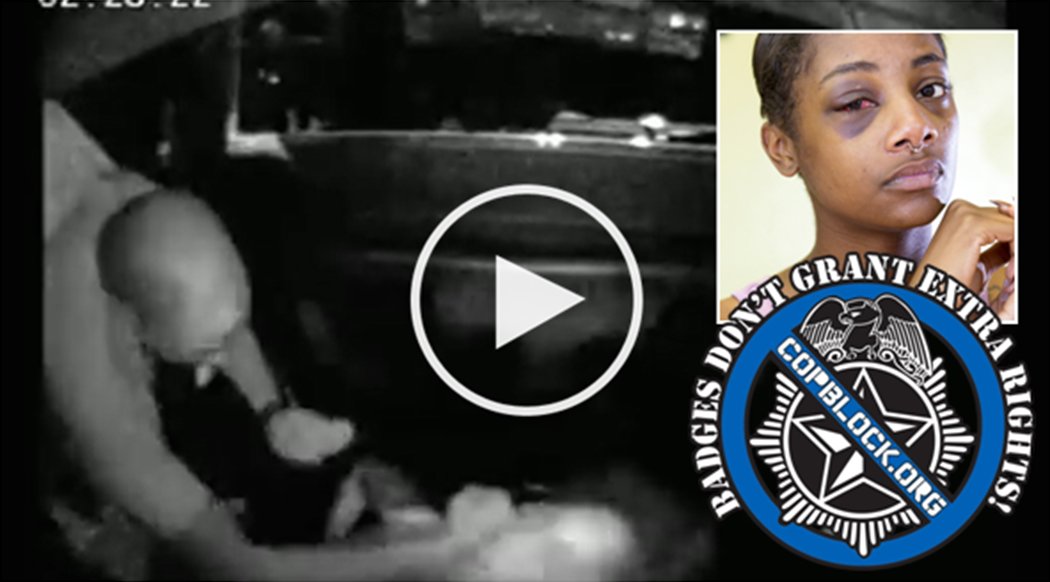 The city of Seattle, Washington has settled a lawsuit with a woman filmed being slugged in the face by a cop during an arrest two years ago.

Twenty-three-years-old at the time, Miyekko Durden-Bosley was detained on June 22, 2014 after the mother of a man called police on her alleging that she had an altercation with her son – and an investigation of domestic violence commenced.

Dash-cam video of the incident shows the man yelling at his mother for calling the cops before Durden-Bosley is heard pleading with officers that she “didn’t make a threat” as they move in and handcuff her.

Once handcuffed, officer Adley Shepherd is seen asking Durden-Bosley to get in the back of a police vehicle while she continues to assert that she “did not make a threat,” and refuses to comply.

The footage then shows Shepherd shove Durden-Bosley into the police car and she responds by kicking him. Shepherd can be heard saying, “she kicked me,” before he lunges into the car and delivers a brutal punch to the right side of the woman’s face.

The blow caused a severe concussion and fractured the orbit of Durden-Bosley’s right eye. She was treated at Harborview Medical Center before being taken to jail where she spent four days. Her case was then dismissed.

Following the incident, an investigation was launched by the Seattle police department’s Office of Professional Accountability and Shepherd was placed on paid administrative leave.

The probe found that he did use excessive force in violation of department policy but Shepherd faced no charges despite both a federal and a King County criminal investigation. He does however now face firing from the department.

In April, 2015, Durden-Bosley filed a civil lawsuit against Shepherd and the city of Seattle. Along with outlining claims of excessive force and unreasonable search and seizure, the suit accused the Seattle police department of negligent training and supervision of Shepherd.

On Tuesday, the Seattle City Attorney’s Office revealed that the lawsuit has now been settled and that Durden-Bosley will receive $195,000 for the incident. The amount does include attorney fees.

“There were two things that were disturbing about this case,” one of Durden-Bosley’s attorneys, Tomás Gahan said. “One is how arbitrary the arrest of Ms. Durden-Bosley was. It really was, ‘One of you are going to jail, eenie-meenie-miney-mo.’ Then there’s punching a handcuffed woman.”

“The second is what they intend to do with the officer responsible? The city still is yet to decide what it is going to do with Adley Shepherd, and is he going to still be out on the streets arresting people?”