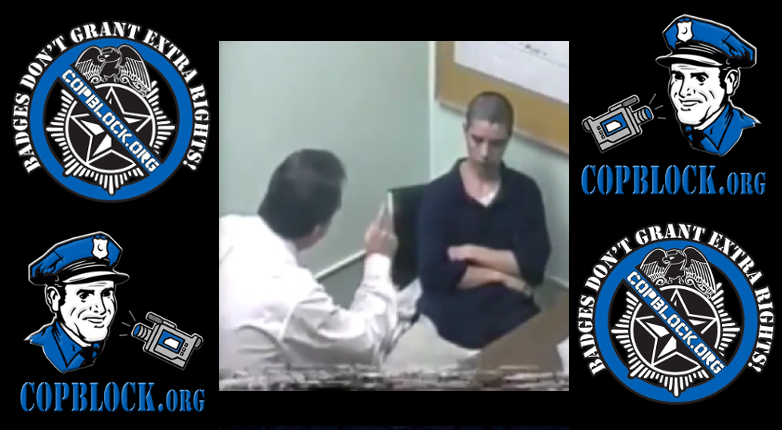 When he was just fourteen years old Lawrence Lorenzo Montoya, was arrested on suspicion of having committed a murder. Initially, he continually insisted that he was innocent and other evidence also indicated that was the case.

In spite of that, Denver detectives concealed the evidence that would exonerate him and eventually bullied and coerced him into a confession. Montoya subsequently was convicted based on that false confession and ended up spending thirteen years in prison before his innocence was proven by DNA evidence and he was released.

Now he’s filed a $30 million dollar lawsuit against the Denver Police Department, as well as the city and county of Denver over the life sentence he received for the wrongful conviction in the murder of Emily Johnson, a Denver teacher, on New Years Day 2000.

Denver homicide detectives grilled Montoya for 2 1/2 hours, most of the time without even a parent present.

Attorney Lisa Polansky said they were, “Yelling and screaming in his face, making up evidence, banging on the table and cornering him against the wall. Telling him he’s going to spend the rest of his life in prison and should say goodbye to his mother.” The police interrogation tape shows detectives lying to Montoya about the evidence and statement from other teens. Montoya told police that he was joy-riding in the stolen car the next day but did not commit the crime, wasn’t there when it happened and did not know anything about it.

According to the lawsuit, at least 65 times Montoya told police he did not have anything to do with the death. Finally, sobbing, he told police what they wanted to hear.

“I without a doubt believe he was coerced,” Polansky said.

“He ends up being convicted of a crime because the police coerced him to confess,” attorney David Fisher said.

According to the lawsuit, the interrogation tape shows detectives coaching Montoya through the false confession. It accuses police of ignoring or lying about other evidence that cleared Montoya.

Montoya was charged as an adult, convicted and sentenced to life in prison.  He spent 13 years, seven months and 13 days behind bars until a judge vacated the conviction in 2014 after new DNA testing exonerated him. Fisher said it’s hard to understand why an innocent person would confess, but points out 44 percent of juveniles exonerated by DNA were coerced into false confessions.

“To me there’s nothing worse than a kid who at 14 years old went into an adult prison facility.  It could be avoided and it needs to be avoided,” he said.

Added Polansky: “The district attorneys need to admit their mistake and I think it’s more than a mistake. Their intentional conduct in fabricating and continuing this injustice.”

Not surprisingly, Montoya’s lawyer says that he is having a hard time readjusting to society after those Heroes from the Denver PD purposely cost him roughly half of his life up to this point, in spite of the fact they knew he wasn’t guilty of the murder and had evidence to show that.

And of course, regardless of what amount the taxpayers will be forced to pay Montoya once the lawsuit settles, they will not be punished in any way whatsoever for their intentional acts.