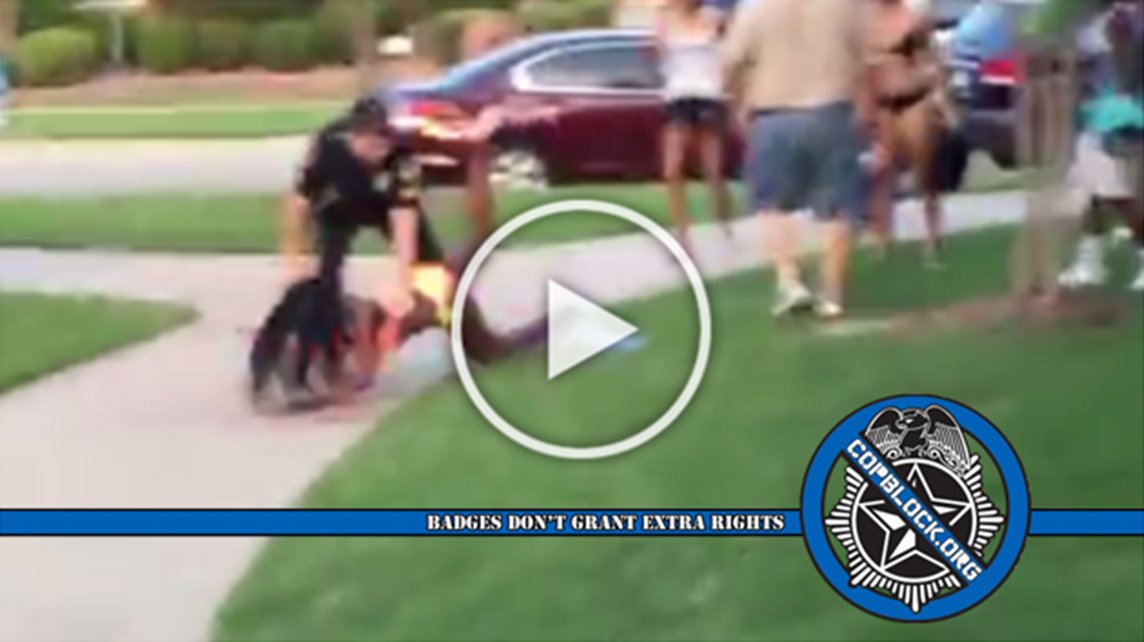 A McKinney, Texas cop filmed cursing at, shoving, and intimidating teenagers at a pool party last summer will not be charged.

A Colin County grand jury decided on Thursday not to indict Officer Eric Casebolt citing a lack of evidence despite footage showing him throwing a teenage girl to the ground before menacing angry onlookers with his firearm.

Police had responded to a party at the Craig Ranch North Community Pool on June 5 at around 7:15 p.m. after several people called to report teens actively fighting near the pool. Nine McKinney police units were sent to the scene.

Footage shot by bystanders show responding officers curse at and handcuff several party attendees before Casebolt can be seen shoving and wrestling a bikini clad young girl to the ground as she screams.

Onlookers surround the assailant as he brutalizes 15-year-old Dajerria Becton, but then flee when Casebolt pulls out his gun and starts after them. He then returns to the girl and shouts “On your face!” before shoving her head into the ground and sitting on her back for an extended period of time.

“He grabbed me, twisted my arm on my back and shoved me in the grass and started pulling the back of my braids,” Becton said at the time, adding that Casebolt did not arrest her. “I was telling him to get off me because my back was hurting bad.”

According to police, multiple people in the vicinity of the pool did not have permission to be there and refused to obey police commands. Following the incident, Casebolt was placed on administrative leave and then resigned amid heavy public backlash.

A McKinney spokesperson said that an investigation into the encounter was turned over to the Texas Rangers, who then presented their findings to the Collin County District Attorney’s Office.

“On Thursday, the District Attorney’s office presented the findings of the Ranger’s investigation to a Grand Jury,” the spokesperson said. “The Grand Jury’s decision was to “No Bill” any charges against Eric Casebolt in relation to the June 2015 incident.”

An attorney for Becton, Kim Cole, said that in light of the decision, the teen’s family plans on filing civil rights and personal injury lawsuits against the department and city on Monday.

Cole said the ruling sets a “dangerous precedent” that cops are above the law and that “it’s not surprising because this is certainly the tone in this country today.”