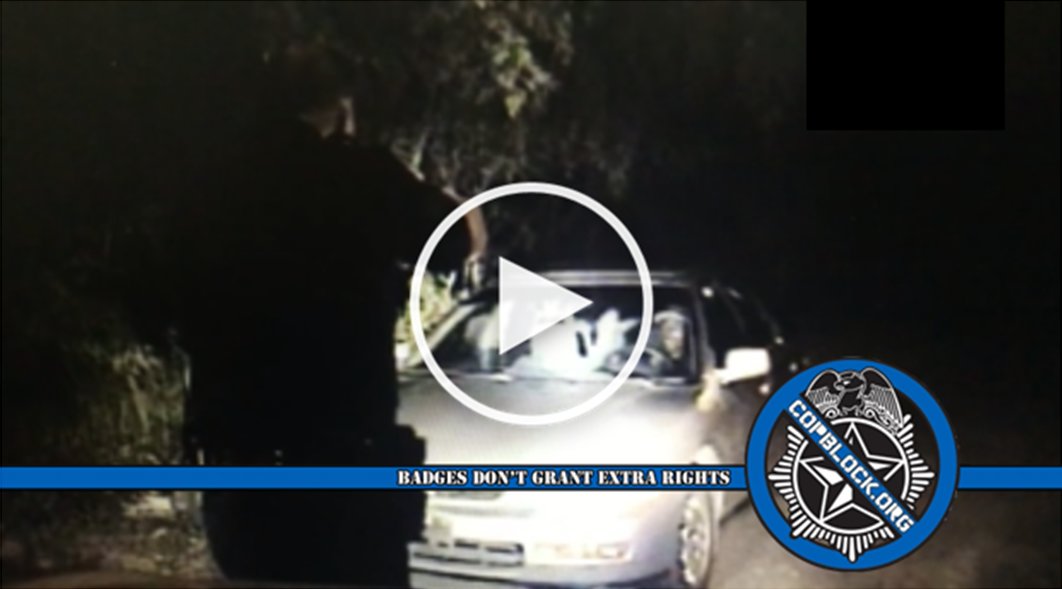 Dash-cam video has emerged showing a South Carolina cop firing seven shots into a teenager’s car as he slowly attempts to drive away from him.

Forest Acres Police Officer Robert Cooper was responding to a noise complaint on Brentwood Court at around 1:45 a.m. on May 19 when he encountered 17-year-old Antwon Gallmon sitting alone in his vehicle.

Released by the South Carolina Law Enforcement Division (SLED) following Freedom of Information Act requests, the dash-cam footage does not show all of what led up to the shooting but the shots fired and what transpired afterward was adequately captured on screen.

Cooper can be heard shouting, “Stop, Stop! Don’t make me shoot you!” as Gallmon repositions his vehicle in a manner that will enable him to leave the scene.

Cooper is seen drawing his weapon and standing in front of the car. He continues to scream at Gallmon as the teen raises his hands for a brief second inside the car and then slowly pulls out in a way that completely avoids the officer.

As a result, Cooper unloads seven shots at the teen through the windshield and driver’s side window. He then gets in his patrol vehicle and begins to pursue Gallmon, telling his dispatcher, “Shots fired! Shots fired! He tried to hit me with the vehicle.”

While in pursuit he continues to tell the dispatcher, “He almost hit me! I was barely able to get out of the way.” Gallmon later crashed at the South Carolina Federal Credit Union at 4503 Forest Drive. Luckily for him, he only suffered one gunshot wound.

Following the incident, Gallmon was taken to Palmetto Richland Hospital and then to the Alvin Glenn Detention Center on multiple charges including possession of a stolen vehicle and two counts of unlawful possession of a pistol. He was released the next day on a $10,000 bond.

Cooper, a six-year police veteran, has been suspended with pay while his use of deadly force is investigated by SLED. Once the investigation is completed, SLED will turn over their findings to 5th Circuit Solicitor Dan Johnson.

The President of the SC NAACP, Lonnie Randolph, called the shooting unjustified because Gallmon appeared to be unarmed in the video, did not pull a weapon, and was driving slowly in attempt not to harm Cooper.

“I would never say the driver was right to flee,” Randolph said. “{But] the officer was not assaulted. The driver tried to avoid the officer. The officer’s life was not threatened. It was a lot of shooting, at close range, so the officer is a bad shot, too.”