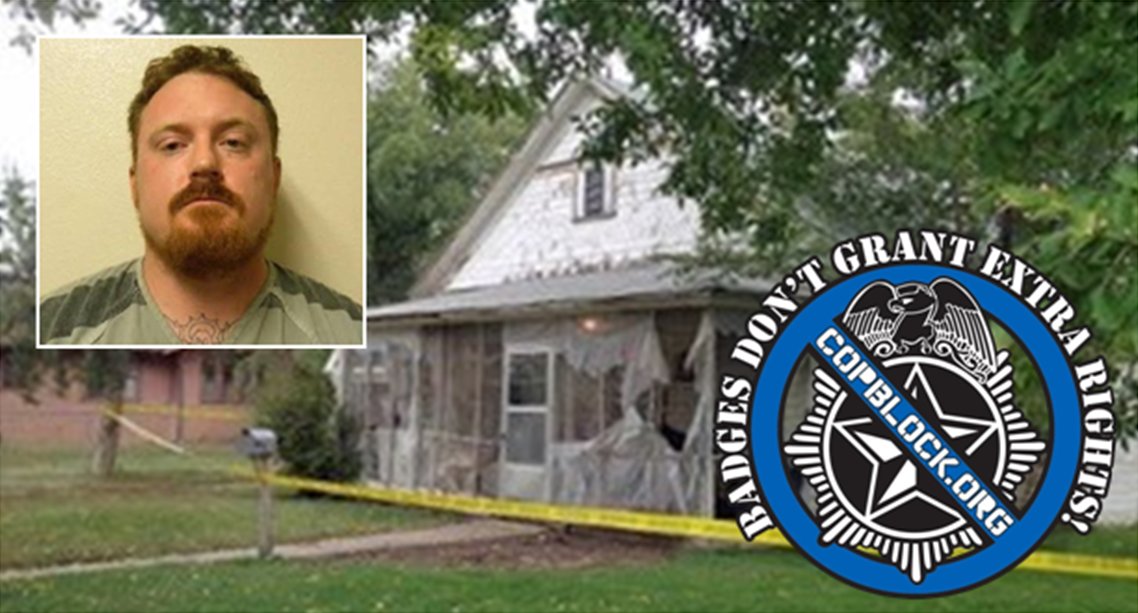 A Rocky Ford, Colorado cop has been convicted of second-degree murder for a fatal 2014 incident in which he followed a man back to his home and shot him in the back.

The family of Jack Jacquez, 27, was dumfounded and horrified when, on Oct. 12, 2014, officer James Ashby, 33, broke down their door and murdered their loved one without apparent cause or explanation.

Sara Lindenmuth said Ashby forced his way into her brother-in-laws residence on 3rd Street near Swink Avenue after he came home around at 2:00 a.m., and the two started yelling at each other.

“He was standing next to his mom, his back turned toward the officer and then [Ashby] shot him twice in the back and then pepper sprayed him,” Lindenmuth said at the time. “He just showed up. No one knows why he just showed up. It just all happened unexpectedly.”

An autopsy revealed that a bullet went through Jacquez’s spine, instantly paralyzing him. Following the shooting, he was taken to a local hospital where he later died. In the wake of the incident, Ashby was placed on administrative leave and the Colorado Bureau of Investigation launched an investigation.

One month later, he was fired and arrested on the charge of second degree murder. Ashby told investigators that Jacquez had mouthed off to him when he stopped him while skateboarding down the town’s main drag and said he later thought Jacquez was trying to burglarize what turned out to be his mother’s home.

According to court documents, Ashby said Jacquez had walked erratically before heading toward the back entrance. A brother of a police officer who was on a ride-along with Ashby that night however, contradicted the cop’s version of events.

Instead, the ride-along participant said Jacquez did not back-talk Ashby and walked straight from the street to a side entrance of his house, where his mother had opened the door for him.

Ashby had also claimed that Jacquez had grabbed a baseball bat and was about to hit him with it when he fired, but the coroner that performed Jacquez’s autopsy found that the way he was shot in the back meant he was not in a position to be swinging an object.

Additionally, the coroner concluded that Jacquez was already moving away from Ashby when he was gunned down, leading many to speculate about why Ashby decided to break into another person’s home and kill him out of what only appeared to be pure malice.

On Thursday, an Otero County jury found Ashby guilty of the second degree murder charge after deliberating for 11 hours with prosecutors saying the officer had no reason to believe Jacquez was committing a crime before the fatal shooting.

Ashby faces eight to 24 years in prison when he is sentenced on Sept. 23. He is the first Colorado police officer to be convicted of an on-duty shooting in 20 years. Prosecutors called the jury verdict “justice.”