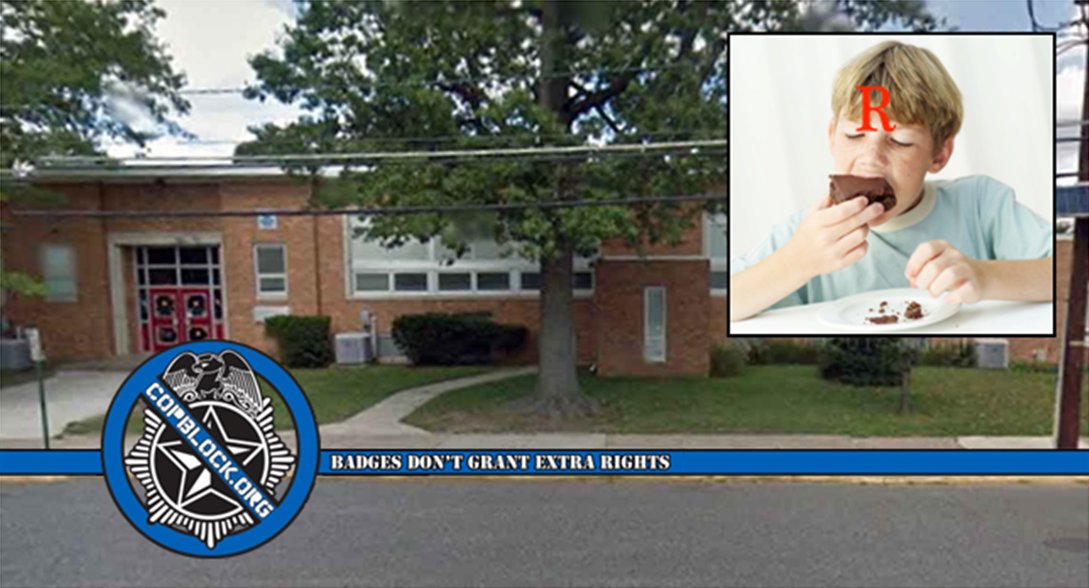 New Jersey parents say their child was “traumatized” and “intimidated” by police after he made a harmless comment about brownies.

The 9-year-old third grader made the remark on June 16 while the treats were being served at an end of the year party at William P. Tatem Elementary School in Collingswood. Another student told teachers that what he said was “racist.”

According to the boy’s parents, school staff responded by calling local police who questioned the child and then unbelievably referred the case to the New Jersey Division of Child Protection and Permanency.

It is not exactly clear what the boy said. His mother, Stacy dos Santos, said that she was furious that her son’s comment, which he claimed was only about the brownies, warranted a police and child services investigation.

Apparently, this isn’t the first time the school has over-reacted and called police on students. In fact, it appears that the entire district has been nothing more than a mini-police state for children during the last month.

On May 25, the Collingswood Police Department, school officials, and representatives from the Camden County Prosecutor’s Office held a meeting where school staff was stripped of its authority to investigate any incident involving students that could potentially be deemed a criminal violation.

Instead, Collingswood Police Chief Kevin Carey said that it was stipulated in the meeting that even incidents “as minor as a simple name-calling… that the school would typically handle internally” should be reported to police and child services.

Since that meeting, Superintendent Scott Oswald said that he has estimated that on some occasions, officers have been called to as many as five incidents per day at schools in the district – which contain only about a total of 1,875 students.

“We were told that if we were deemed to be interfering with an investigation there would be potential criminal consequences for us,” Oswald said. “When you threaten professionals with that, they’re going to play it safe.

In response to the increased police interactions with children, outraged parents launched a petition calling on the Camden County Prosecutor’s Office to “stop mandated criminal investigation of elementary school students.”

On Tuesday, Collingswood Mayor Jim Maley said the May 25 meeting was intended to “reinforce the applicability” of New Jersey’s Memorandum of Agreement Between Education and Law Enforcement Officials, “not to expand its terms.”

Under the MOA, the school district had only reported incidents it deemed serious, like those involving weapons, drugs, or sexual misconduct. Maley called what occurred at the meeting a “misunderstanding,” and said he has now worked out “a reset” of the policy – but not before the “racist” brownie caper.

“He said they were talking about brownies,” the boy’s mother, Stacy dos Santos said. “Who exactly did he offend?”

Dos Santos said she wants an apology from the school for blowing the incident out of proportion. She claims her son was “traumatized” after a police officer questioned him harshly about the incident, and that he spent his last day of third grade at home.

“He was intimidated, obviously. There was a police officer with a gun in the holster talking to my son, saying, ‘Tell me what you said.’ He didn’t have anybody on his side,’ she said. ‘I’m not comfortable with the administration [at Tatem]. I don’t trust them and neither does my child.'”