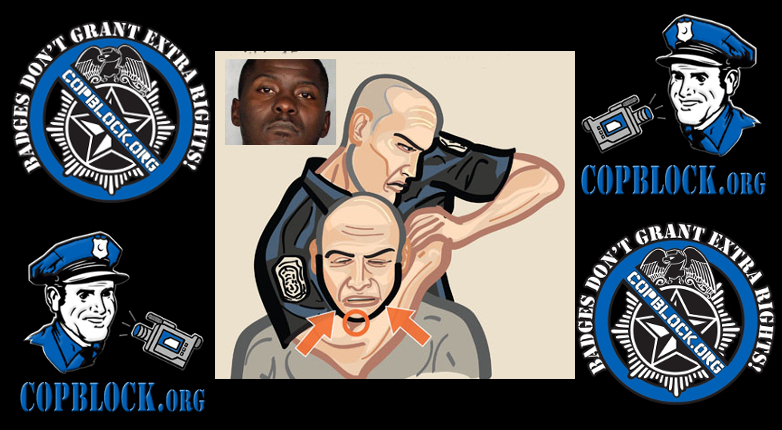 Last week, two Good Cops that had responded to a call for backup stood by while the Bad Apple who had called them choked a handcuffed suspect. Then they inadvertently forgot to mention that in their police reports.

Qualon Deshon Weaver, the man who was choked while being arrested after hurting Officer George Neville’s delicate feels by repeating an insult that had been directed at him originally, was also denied medical care after the choking incident.

Unfortunately for them, it was all caught on a dash cam, although that footage has not been released yet. As a result, all three police officers have been suspended amid an internal “investigation” into whose wrist should be slapped and how hard.

Three patrol officers were suspended after the McLennan County District Attorney’s Office previewed dashcam video of the arrest and determined that one of the officers grabbed the suspect, Qualon Deshon Weaver, 35, by the neck, Waco police Sgt. W. Patrick Swanton said in a press release Friday.

Spicer and Beseda stopped Qualon Deshon Weaver, 35, for a traffic violation on May 4 near the intersection of J.J. Flewellen and Herring Avenue, but arrested him on evading arrest and marijuana possession charges, Swanton said.

Neville and a second officer responded to assist after Weaver pulled to a stop about 550 feet from Rapoport Academy Elementary School.

“Mr. Weaver was handcuffed, and during his arrest, Officer Neville grabbed Mr. Weaver around his neck,” Swanton said.

Weaver, who’s free on bond, told KWTX earlier this week he was shown the video on Monday by Internal Affairs officers.

“I saw them choking me hard,” he said.

He told KWTX one of the officers choked him after an exchange of words.

“He called me a dumbass so I called him a dumbass back, so he started choking me,” he said.

Weaver has a lengthy criminal record, but his attorney, Jason Darling of Waco, says the treatment his client received was unwarranted.

“You still have your constitutional rights even if you have a previous criminal history,” he said.

“Law enforcement has to follow the rules and procedures.” After previewing the dashcam video on June 9, the District Attorney’s Office contacted the Waco Police Department, which immediately launched an internal investigation and determined a separate criminal investigation was warranted, Swanton said.

Neville and Beseda were placed on administrative leave the same day.

Spicer was placed on leave on June 16 based on information discovered as the internal investigation progressed, Swanton said.

It shouldn’t be hard to figure out that someone wasn’t a threat and didn’t need to be choked whiled handcuffed. Not that this “investigation” is likely to turn out any different than the vast majority do.

You can pretty much count on the fact that the paid vacation these police officers have been given will likely be the harshest penalty they receive by the time all is said and done.